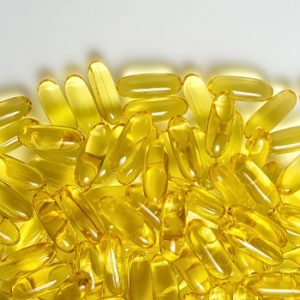 Natural Health News — Getting more omega-3 as part of a healthy diet can improve the diversity of the gut microbiome according to a new study.

The scientists at the University of Nottingham and King’s College London examined the gut microbiome of a large group of middle-aged and elderly women. They tested the diversity and abundance of ‘good’ bacteria against their intake of omega-3 fatty acids – found in fish oil – and their blood serum levels of omega-3 fatty acids. The diets of the 876 women who participated were assessed using food questionnaires

The study, published in Scientific Reports, found that the women who had a higher dietary intake of omega-3 and higher serum levels had a more diverse gut microbiome. A more diverse microbiome is associated with a number of health benefits, including lower risk of diabetes, obesity and inflammatory gut diseases like colitis or Crohn’s.

Leading the study, Associate Professor and Reader, Dr Ana Valdes, who is affiliated to the NIHR Nottingham Biomedical Research Centre, said: “The human gut is receiving a lot of attention in medical research as it is increasingly linked to a wide variety of health issues.  Our digestive systems are home to trillions of microbes, most of which are beneficial in that they play a vital role in our digestion, immune system and even regulate our weight.”

» A more diverse microbiome is associated with a number of health benefits, including lower risk of diabetes, obesity and inflammatory gut diseases like colitis or Crohn’s.

» While we think of pre- and pro-biotics as the best way to improve gut health, new evidence suggests that healthy fats may also play a role

» In this study, women with higher blood levels of omega-3 fatty acids were found to have a healthier and more diverse gut flora.

The study is thought to be the largest to date to examine the relationship between omega-3 fatty acids and the composition of the gut microbiome.

According to co-author Dr Cristina Menni, from King’s College London: “We also found that specific bacteria that have been linked to lower inflammation and lower risk of obesity are increased in people who have a higher intake of omega-3 fatty acids.”

Previous wider research has found positive effects on health from omega-3 fatty acids on insulin resistance in diabetes, hypertension (high blood pressure), arthritis, thrombosis (blood clots), some cancers and cognitive decline. This new study has added weight to the growing global body of evidence to suggest that omega-3 also appears to improve the gut microbiome both in its diversity and composition.