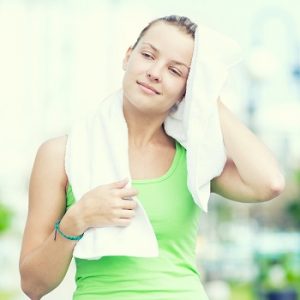 Natural Health News — A good work-out changes your gut bug make-up for the better, according to two recent studies.

Both trials were conducted by researchers from the University of Illinois at Urbana-Champaign, Urbana.

The first trial, published in the journal Gut Microbes,​used an animal model to test the hypothesis that exercise could modify the gut bacteria profile, even when dietary intake remained unchanged.

Healthy mice given faecal transplants from other mice that had been put on an exercise regimen, showed significant differences in gut bacteria composition, metabolic parameters, colon inflammation and weight compared with a group of sedentary mice that acted as controls.

“That proved to us that the transplant worked,”​said co-lead researcher Professor Jeffrey Woods.

Additionally, exercise-trained mice showed reduced symptoms when the researchers tried to induce colitis.  The animals that had been exercising showed a reduction in inflammation and an increase in the regenerative molecules that promote a faster recovery.

» Using both animal and human subjects, US researchers tested the hypothesis that exercise could boost gut health, independent of diet.

» In animals faecal transplants from mice that had been regularly exercised improved the health of other mice and protected them, to some extent, against symptoms of colitis.

» The benefits of exercise, however, were less pronounced in overweight humans.

Applicable in humans too​

The researchers then went on to see if the same effect could be seen in humans.

This is likely due to an increase in the numbers of beneficial species capable of SCFA production. Short chain fatty acids produced when the ‘good’ bacteria in the gut ferment fibre in the colon, and are the main source of energy for the cells lining the colon.

However, these increases were only statistically significant in lean participants. Those who were overweight showed much less dramatic changes.

The team observed differences in the gut microbial response of lean and obese subjects throughout the study, during which time the trial participants maintained their usual dietary patterns.

“The bottom line is that there are clear differences in how the microbiome of somebody who is obese versus somebody who is lean responds to exercise,” Woods said of the study in the journal in Medicine & Science in Sports & Exercise.​

“These are the first studies to show that exercise can have an effect on your gut independent of diet or other factors,”​he added.  ​

The team concludes that the findings increase our understanding of how the body responds to exercise.