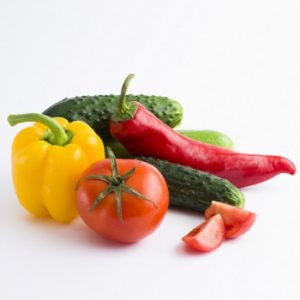 Natural Health News — A diet high in foods known to cause inflammation could increase the risk for colorectal cancer by about a third, according to the results of a recent study.

Chronic inflammation has been linked with various chronic illnesses, including cancer, arthritis, cardiovascular disease, and diabetes.

According to the researchers from Harvard T.H. Chan School of Public Health several commonly consumed foods including red and processed meats, sugary beverages, and refined grains are pro-inflammatory.

Acknowledging that inflammation is particularly linked to colorectal cancer, they sought to quantify the cumulative effect of diets high in pro-inflammatory foods.

» Researchers studying more than 120,000 people over 26 years have found that diets high in pro-inflammatory foods are linked to significantly higher rates of colorectal cancer.

» Overweight or obese men – and lean women – were most at risk from a diet high in pro-inflammatory foods.

» The risk was mediated to some extent by moderate alcohol consumption, which appeared to be protective.

For the study in JAMA Oncology nearly 122,000 male and female health care professionals were followed for 26 years; their diets were monitored via a questionnaire every 4 years.

The researchers also divided the participants into different alcohol intake and body weight groups. They also tested for biological markers of inflammation.

The diets that were the most pro-inflammatory tended to include high levels of processed meat, red meat, organ meat, sugary beverages, vegetables that are not leafy greens or dark yellow and refined grains. They were also lower in wine, tea, coffee, and vegetable intake.

The researchers found that, over time, those who ate the most pro-inflammatory diet had, on average, a 32% greater risk of developing colorectal cancer than those whose diet contained the lowest amounts of inflammation-causing foods.

Overall, women on a pro-inflammatory diet were 22% more likely to develop cancer, but that risk rose to 31% among lean women who had a diet high in inflammatory foods, and were not consuming alcohol.

This observational study opens up a lot of questions about risk and how different individuals respond to different diets. The apparently protective role of moderate amounts of alcohol also requires more study.

Overall, however, the researchers conclude that diet is a modifiable risk factor where colorectal cancer is concerned and that there may be benefits in putting into place strategies that reduce the impact a pro-inflammatory diet, particularly in overweight or obese men and among lean women – or among men and women who do not consume alcohol.