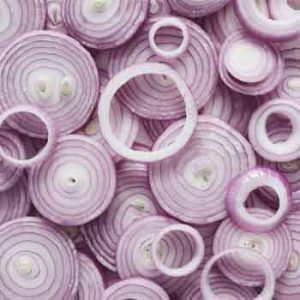 Natural Health News — Inflammation occurs naturally in the body as a protective mechanism. But when it goes wrong or goes on too long, it can trigger disease.

We now know that uncontrolled inflammation plays a role in many major diseases, including cancer, heart disease, diabetes and Alzheimer’s disease.

Diets which are generally high in fruits and vegetables, naturally provide a range of polyphenols. Evidence for their role in the prevention protect against inflammation and chronic and degenerative diseases is already emerging. However, the health effects of polyphenols depend on the amount consumed and on their bioavailability.

Linking up with our immune system

In order to test the bioavailability of polyphenols researchers from the University of Liverpool’s Institute of Ageing and Chronic Disease, focused on T-cells, or T-lymphocytes, which are a type of white blood cell that circulates around our bodies, scanning for cellular abnormalities and infections.

» Chronic inflammation that contributes to many leading causes of death including cancer, heart disease, diabetes and Alzheimer’s disease. It is an immune reaction that is modulated in part through a type of white blood cell called T-cells.

» Previous research has shown that fruit and vegetable intake can help reduce inflammation via T-cell activity due to the presence of antioxidant polyphenols.

» The current study drills down into which specific polyphenols work best and finds that those in apples, green tea, grapes, onions, turmeric and Japanese knotweed are the most powerful.

T-cells contribute to cell signalling molecules (cytokines) that aid cell-to-cell communication in immune responses and stimulate the movement of cells towards sites of inflammation, infection and trauma.

Cytokines in turn are modulated by fruit and vegetable intake, but little is known about the relative potency of different polyphenols in modulating cytokine release by lymphocytes.

The new study, published in the British Journal of Nutrition, looked specifically at the effectiveness of various polyphenols in moderating cytokine release.

It found that the polyphenols with the most potent anti-inflammatory activity were isorhamnetin (a flavonol in apples, onions and green tea), curcumin (from the Indian spice turmeric) and resveratrol (found in the skin of red, purple and black grapes and in especially high concentrations in Itadori tea – made with Japanese knotweed).

Vanillic acid found in foods like whole wheat and blackcurrant juice and açai also had some effect, but it was less potent.