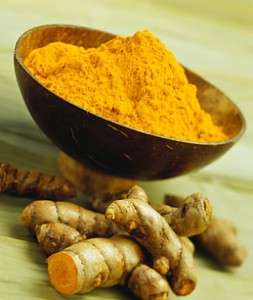 Natural Health News — Extracts from turmeric may help manage blood sugar levels in people with type 2 diabetes, according to a new study.

In a double-blind, placebo-controlled trial from China, researchers gave 100 patients in the study were given either 300 mg per day of curcuminoids or placebo for three months. Their aim was to see if evaluated the ability of curcuminoids to reduce levels of free fatty acids (FFAs) in patients with type-2 diabetes

At the end of three months, the patients in the curcuminoid group, when compared with those in the placebo group, experienced a significant decline in free fatty acids as well as significant declines in blood glucose levels, insulin resistance and haemoglobin A1c (a marker of the long-term presence of excess glucose in the blood).

Free fatty acids have an important role in the development of insulin resistance. Therefore, if individuals can lower their FFA levels, they hopefully will also reduce their risk of developing type-2 diabetes or better manage the disease should they already have it.

The authors of the study, published in Molecular Nutrition & Food Research, noted that “this is the first study to show that curcuminoids may have an anti-diabetic effect by decreasing serum fatty acid possibly through the promotion of fatty acid oxidation and utilization.”

They note also that “The dose of curcuminoids administered in our study cannot easily be achieved by simply incorporating more spice into meals.” But the study results suggest that supplements made from this natural compound could be helpful.

Both cure and preventative

Curcumin is the main curcuminoid compound derived from the spice turmeric (Curcuma longa), which is a member of the ginger family. The compound, a natural pigment that gives turmeric its vibrant yellow colour, has been widely studied and has been shown to be  helpful in fatty liver disease, Alzheimer’s disease, tendonitis, and Rift Valley Fever virus, among other conditions.

Much of curcumin’s medicinal benefit comes from its strong anti-inflammatory and antioxidant action. This makes it a useful anti-diabetic for those with a pre-existing condition.

But it may also be of benefit in preventing pre-diabetes from developing into full blown diabetes. For instance, in a 2012 study from the University in Thailand, 240 adults with pre-diabetes were randomly assigned to take six capsules daily of either placebo or 250 mg of curcuminoids for nine months.

Researchers with the Thailand study noted that curcumin appeared to improve the function of beta cells, which are the cells in the pancreas that release insulin. One possible reason for this benefit may be that curcumin’s anti-inflammatory properties protect beta cells from damage.

They note: “Because of its benefits and safety, we propose that curcumin extract may be used for an intervention therapy for the pre-diabetes population.”