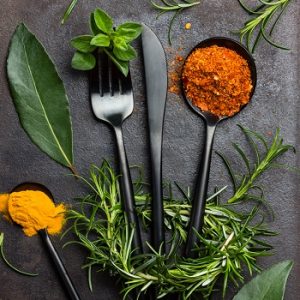 New evidence shows that anti-inflammatory chemicals found naturally in foods and herbs have the power to halt the growth of prostate cancer cells. [Photo: Bigstock]

Researchers at the University of Texas in Austin tested 142 natural compounds in food for prostate-cancer-fighting properties. They discovered that combinations of ursolic acid, resveratrol and curcumin stopped the disease in the laboratory and also in mice,

Ursolic acid is found in apple peels and the herb rosemary, resveratrol in red grapes and berries, and curcumin in the spice turmeric.

To start with, the researchers tested the compounds on prostate cancer cells in a lab. They evaluated the substances alone and in combinations.

When the team discovered that ursolic acid, resveratrol and curcumin might inhibit prostate cancer growth, they tested all possible combinations of the compounds in mice with prostate cancer. Some combinations prevented tumour growth in the animals, with no toxic effects.

During the past decade, some cancer research has highlighted the potential therapies found in plants, including chemicals found in foods such as turmeric, apple peels and green tea. These compounds minimise one of the risk factors for cancer, inflammation within the body. People who have chronic inflammation because of chronic infection, autoimmune disease or conditions such as obesity have a higher cancer risk because of damage to normal cells.

» Anti-inflammatory chemicals found in abundance in plant foods have been shown to halt the growth of prostate cancer cells in the laboratory in in animal experiments.

» Ursolic acid is found in apple peels and the herb rosemary, resveratrol from red grapes and berries, and curcumin in the spice turmeric worked well alone but better when used in combination.

» These nutrients have potential anti-cancer properties and are readily available, say researchers.

They found that ursolic acid, combined with either resveratrol or curcumin, kept cancer cells from consuming glutamine, a compound the cells need to grow. Denying the cells glutamine starved them. This is a neat solution say the scientists: blocking the uptake of a nutrient needed by prostate cancer cells with nutrients that are commonly in the human diet.

“After screening a natural compound library, we developed an unbiased look at combinations of nutrients that have a better effect on prostate cancer than existing drugs,” Dr. Stefano Tiziani, a nutritional science professor at the university, said. “The beauty of this study is that we were able to inhibit tumour growth in mice without toxicity.

“These nutrients have potential anti-cancer properties and are readily available,” he said. “We only need to increase concentration beyond levels found in a healthy diet for an effect on prostate cancer cells.”

The study – some good news during International Men’s Health Week – was published in the prestigious Nature journal Precision Oncology.

New evidence shows that anti-inflammatory chemicals found naturally in foods and herbs have the power to halt the growth of prostate cancer cells. [Photo: Bigstock]