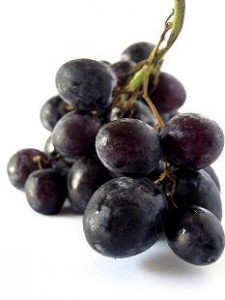 Adding to what we know

This research used melanoma cells, and follows a previous study by the same team that found similar results in the treatment of prostate cancer.

“Our study investigated how resveratrol and radiotherapy inhibit the survival of melanoma cells,” said lead researcher Michael Nicholl, MD, assistant professor of surgery at the MU School of Medicine and surgical oncologist at Ellis Fischel Cancer Center in Columbia, Missouri.

“This work expands upon our previous success with resveratrol and radiation in prostate cancer. Because of difficulties involved in delivery of adequate amounts of resveratrol to melanoma tumours, the compound is probably not an effective treatment for advanced melanoma at this time.”

Nicholl said his findings could lead to more research into the cancer-fighting benefits of the naturally occurring compound.

“It comes down to how to administer the resveratrol. If we can develop a successful way to deliver the compound to tumour sites, resveratrol could potentially be used to treat many types of cancers. Melanoma is very tricky due to the nature of how the cancer cells travel throughout the body, but we envision resveratrol could be combined with radiation to treat symptomatic metastatic tumours, which can develop in the brain or bone,” Nicholl said.

Resveratrol is an antioxidant and anti-inflammatory phenolic compound found naturally in grape skins, blueberries, pomegranates, mulberries, peanuts and several other plants. It is also widely available a health supplement. It is associated with multiple health benefits including preventing heart disease, normalising cholesterol levels and aiding weight loss and enhancing performance during exercise. It may also prevent diabetes and even help treat neurodegenerative diseases such as dementia.

Other laboratory-based research has shown that resveratrol on its own was able to stop breast cancer cells from growing by blocking the growth effects of estrogen. It has also been shown to enhance the effectiveness of another cancer treatment, Rapamycin. Other types of antioxidants have also recently been shown to make conventional cancer treatments more effective.

“We’ve seen glimmers of possibilities, and it seems that resveratrol could potentially be very important in treating a variety of cancers.”