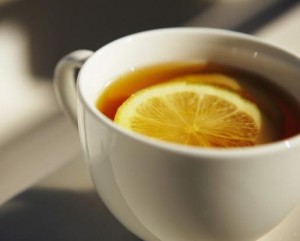 Natural Health News — Tea and citrus fruits and juices are associated with a lower risk of developing ovarian cancer, according to new data.

The research published in the American Journal of Clinical Nutrition reveals that women who consume foods containing flavonols and flavanones (both subclasses of dietary flavonoids) significantly decrease their risk of developing epithelial ovarian cancer, the fifth-leading cause of cancer death among women.

The research team from the University of East Anglia (UEA) in the UK, studied the dietary habits of 171,940 women aged between 25 and 55 for more than three decades.

The team found that those who consumed food and drinks high in flavonols (found in tea, red wine, apples and grapes) and flavanones (found in citrus fruit and juices) were less likely to develop the disease.

Ovarian cancer affects more than 6,500 women in the UK each year. In the United States, about 20,000 women are diagnosed with ovarian cancer each year.

Prof Aedin Cassidy, from the Department of Nutrition at UEA’s Norwich Medical School, led the study. She said: “This is the first large-scale study looking into whether habitual intake of different flavonoids can reduce the risk of epithelial ovarian cancer.

Lowering risk by a third

“We found that women who consume foods high in two sub-groups of powerful substances called flavonoids — flavonols and flavanones — had a significantly lower risk of developing epithelial ovarian cancer.

“The main sources of these compounds include tea and citrus fruits and juices, which are readily incorporated into the diet, suggesting that simple changes in food intake could have an impact on reducing ovarian cancer risk.

“In particular, just a couple of cups of black tea every day was associated with a 31% reduction in risk.”

The research was the first to comprehensively examine the six major flavonoid subclasses present in the normal diet with ovarian cancer risk, and the first to investigate the impact of polymers and anthocyanins.

Earlier research has shown benefits for men too. In one study of 1900 men plant-based foods and beverages, such as fruits, vegetables, herbs and tea, into the diet may offer some protection against aggressive prostate cancer. Researchers at   found that those  with the highest total intake of flavonoids had a 25% lower risk for aggressive prostate cancer compared with those men with the lowest flavonoid intake.

Other research shows that a flavonoid-rich diet (from vegetables and fruits) can also lower risk of colon and breast cancers too.