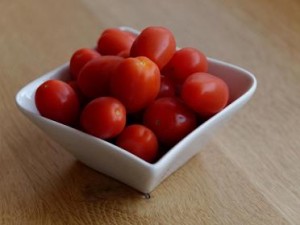 Dietary sources of antioxidants, like tomatoes, are probably the best way to help protect against prostate cancer [Image: MaxStraeton - Morguefile]

Natural Health News — An alarming headline last week suggested that high doses of vitamin C could raise men’s prostate cancer risk. But is that what the study really said?

The newspaper report suggested that men who take high doses of vitamin supplements could be increasing their risk of lethal prostate cancer by nearly 30% but ignored the larger context of the study in favour of an attention-grabbing headline.

The study was part of a large and ongoing trial called the Health Professionals Follow-up Study which has monitored around 48,000 men since 1986. Part of what the researchers have been looking for is what aspects of diet and lifestyle may influence the course of prostate cancer for good or for ill. The research, carried out by scientists at Harvard University and University of Oslo has focused on antioxidant intake (not just vitamin C) from a variety of sources and aimed to assess what effect a man’s total antioxidant intake (TAC) had on the development of prostate cancer.

In this study the major sources of antioxidants in the diet were: coffee (28%), fruit and vegetables (23%) and dietary supplements (23%).

According to their data, there was a ‘weak’ protective effect of a higher than average antioxidant intake. But, the researchers concluded, a man’s overall antioxidant intake was not very influential on whether or not he was diagnosed with prostate cancer.

Even so, certain individual antioxidant sources were influential – in both directions.

For example, a higher than average antioxidant intake reduced the risk of a diagnosis of any kind of prostate cancer by about 9% and of advanced prostate cancer by around 19%. Most of this protective effect, say the scientists, was due to the men’s coffee intake.

In men whose major source of antioxidants was supplements, however, there was a 15% and 28% increase in the risk of a diagnosis of advanced and lethal prostate cancer.

According to the study authors, the protective effect of coffee could be related to specific antioxidants in coffee, to non-antioxidant coffee compounds, or other effects of drinking coffee. In other words they don’t know.

Previous research by the same group has shown that men who consumed six or more cups per day had an 18% lower relative risk for developing prostate cancer compared with non-drinkers. Coffee was particularly protective against lethal prostate cancer; men who consumed more than six cups of coffee per day had a 60% lower relative risk of developing the disease.

Coffee contains many biologically active compounds, including caffeine and phenolic acids. Long-term coffee drinking has been associated with improved glucose metabolism and insulin secretion in observational and animal studies. Coffee is also a potent antioxidant and may be associated with sex hormone levels.

The link between supplements and prostate cancer, they say requires more study to fully understand (and for more on antioxidants and cancer see here). In other words it is far from definitive.

It’s not that simple

Whatismore, diet is only one part of the picture of prostate cancer. Other aspects of lifestyle including high levels of stress are also influential. Research trends however suggest that food (or supplements based on wholefoods) may be the best way to get the majority of the antioxidants we need.

In 2012, for example, a study found that men whose diets included the highest amount of flavonoids were 25% less likely to have been diagnosed with the fastest growing and most lethal form of the disease compared to those who had been taking in the fewest flavonoids.

It may also be that, without intending to be, studies into total antioxidant intakes are misleading. Some antioxidants, such as lycopene from tomatoes, have shown greater protective power against certain cancers, such as prostate cancer, than others. This protective effect, according to a recent meta-analysis, translates into a 25-30% reduction in risk.

Although occasional coffee drinking is not harmful and may even have benefits, other dietary sources of antioxidants, such as tomatoes are probably a healthier choice overall.

Dietary sources of antioxidants, like tomatoes, are probably the best way to help protect against prostate cancer [Image: MaxStraeton - Morguefile]