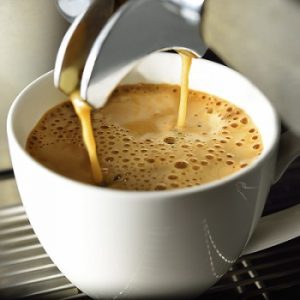 As with most things, caffeine-containing foods should be taken in moderation. [Photo: Bigstock]

Caffeine has been consumed by humans for thousands of years and is currently the most widely used psychoactive substance in the world.

Our response to caffeine is completely individualised. Some people seem to tolerate large quantities without adverse effects, while others are extremely sensitive to caffeine’s stimulant activity.

In general, low doses of caffeine, in the range of 20 to 200 mg, are well tolerated and associated with increased feelings of energy, alertness, and well-being, while doses above 200 mg are associated with the negative side effects of nervousness and anxiety.

Triggering the fight or flight response

Caffeine doesn’t contain calories, so it can’t provide energy in any meaningful sense. In fact, ingesting a lot of caffeine on a regular basis drains energy and elevates stress levels.

It stimulates the adrenal glands to produce a “fight or flight” response. To understand what happens when we keep our bodies in a constant state of emergency imagine that your adrenal glands are like a bank account.

Genetic factors and lifestyle determine how long you can continue to make repeated withdrawals against your energy reserves and still maintain good health. The adrenal glands produce more than 150 hormones including DHEA, testosterone, estrogen and cortisol.

Caffeine has been shown in numerous clinical studies to elevate the bloods levels of cortisol which in turn can compromise the immune system and interfere with the body’s ability to fight infection. In addition, caffeine lowers the brain’s “stress threshold.” Keep stoking your body with caffeine and eventually events, stressful or otherwise, which you would normally handle easily, can suddenly overwhelm you.

If you’re one of those caffeine lovers who can go right to sleep after a double shot of espresso, its worth asking yourself why your adrenal glands have stopped responding they way they should.

A little bit of what you fancy

The occasional strong cup of coffee is not harmful. There is evidence that amongst older adults those with higher blood caffeine levels avoided the onset of Alzheimer’s disease by several years. Some scientists suggest this is due to a kind of antioxidant effect specific to caffeine. There is even some data to suggest that there or more cups of coffee a day could help protect against skin cancer – though it’s possible that other types of ‘antioxidant’ could do the job as well, if not better, without the adrenal jolt linked to caffeine.

Those risks of excess caffeine are as well documented as the benefits. Studies also show that daily consumption of caffeine in coffee, tea or soft drinks increases blood sugar levels for people with type-2 diabetes and may undermine efforts to control their disease. Over-reliance on the morning caffeine jolt may also mask a serious sleep problem that needs proper attention. Caffeine is also a diuretic and too much may leave you feeling dehydrated.

Evidence also exists to show that caffeine is physically and psychologically addictive. For some people, as little as 100mg of caffeine per day can create a physical dependence that would trigger withdrawal symptoms that include headaches, muscle pain and stiffness, lethargy, nausea, vomiting, depressed mood, and marked irritability. If you feel particularly low when you haven’t had your daily caffeine, that’s a good sign that you should consider cutting down.

Not for pregnant women or children

A study last year suggested that drinking a single serving of espresso coffee could increase the risk of caffeine toxicity in women who are pregnant or taking oral contraceptives, young children and people with liver disease. The general advice or pregnant women is to cut caffeine consumption right down to 200mg a day or preferably less. Caffeine crosses the placenta and reaches your unborn child and will have the same ‘fight or flight’ effects on your baby as it does on you and may result in lower birth-weight babies. In some women excess caffeine has been associated with a higher risk of miscarriage.

Babies are not able to metabolize or excrete caffeine very well, so a breastfeeding mother’s consumption of caffeine may lead to caffeine accumulation and symptoms such as wakefulness and irritability – symptoms that young children who over-consume cola drinks are also prone to.

Caffeine also increases the bioavailability of fluoride and one study in the US suggested that consumption of caffeinated beverages, in areas where the water is fluoridated, may increase the incidence of fluorosis among children.

In the end it’s almost impossible to say categorically that caffeine is ‘good’ or ‘bad’, indeed much may depend on other aspects of your lifestyle.

The best we can conclude from the existing research is that a shot of caffeine is probably best used as an ’emergency intervention’ – especially amongst adults of child-bearing age – but should not be relied upon to ‘fix’ problems that are better addressed through diet, exercise and getting more sleep. In older adults a bit of indulgence now and then may be medicinal.

The average daily consumption of caffeine for adults is estimated to be 280 mg and between 80-90% of adults regularly consume pharmacologically active doses of caffeine usually in the form of coffee, black tea, soft drinks, and cocoa products.

In the UK Food Standards Agency makes no recommendations for caffeine consumption for healthy adults, though an upper limit of 300mg of caffeine per day is sensible and 200mg per day is probably a healthier target.

This is what the US the Food and Drug Administration (FDA) recommends and it notes that caffeine doesn’t just come in a cup, but is also present in sodas, sweets and candies and some medicines making it hard to keep track of how much both adults and children ingest each day.

There are wide variations in how much caffeine can be found in a cup of coffee – typically anywhere between 50-150 mgs. If you are trying to cut down, consider these values:

This means that if you eat a bar of plain chocolate and drink one mug of filter coffee, or if you drink two mugs of tea and a can of cola you’ll have almost reached 200mg.

Beyond that it’s better to have water, herbal teas and occasional fruit or vegetable juices or squashes/cordials (but watch the sugar) to keep yourself hydrated and in balance. And remember, when the weather is warm, many herbal teas are as pleasant to drink on ice as they are to drink hot!

As with most things, caffeine-containing foods should be taken in moderation. [Photo: Bigstock]