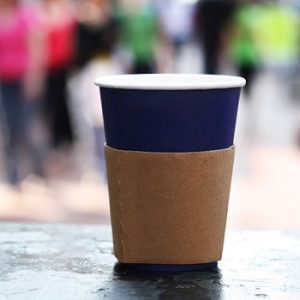 Even if you drink it in the early afternoon, coffee could end up disrupting sleep by as much as an hour, without you even being aware of it. [Photo: Bigstock]

During a busy day, an early afternoon coffee may seem like a good idea to us get through the rest of the day, but new evidence suggests we may pay for it later in disrupted sleep – and not even know.

With a coffee house on nearly every corner these days and a huge variety of make it at home gourmet coffee machines our access to a quick cup has grown significantly. And while coffee can have some benefits, you can get to much of a good thing.

For instance, a recent small study in the Journal of Clinical Sleep Medicine, found that caffeine consumption even six hours before bedtime can have significant and disruptive effects on sleep.

“Drinking a big cup of coffee on the way home from work can lead to negative effects on sleep just as if someone were to consume caffeine closer to bedtime,” said lead author Christopher Drake, PhD, investigator at the Henry Ford Sleep Disorders and Research Center and associate professor of psychiatry and behavioural neurosciences at Wayne State University in Detroit, Michigan.

Drake and his team studied 12 healthy normal sleepers, as determined by a physical examination and clinical interview. Participants were instructed to maintain their normal sleep schedules. They were given three caffeine pills a day for four days, taking one pill at six, three and zero hours prior to scheduled bedtime.

One of the pills contained 400 mg of caffeine, and the other two were a placebo. On one of the four days, all three pills were a placebo. Sleep disturbance was measured subjectively with a standard sleep diary and objectively using an in-home sleep monitor.

Results show that 400 mg of caffeine (equivalent to about 2-3 cups of coffee) taken either at bedtime, three and even six hours prior to bedtime can significantly disrupts sleep. Even when caffeine was consumed six hours before going to bed, objectively measured total sleep time was dramatically reduced by more than one hour.

Amazingly subjective reports suggest that participants were unaware of this sleep disturbance. “People tend to be less likely to detect the disruptive effects of caffeine on sleep when taken in the afternoon,” Dr Drake noted.

Overall the results suggest that caffeine generally should be avoided after 5 pm in order to allow healthy sleep.

Caffeine isn’t the only thing that can disrupt sleep. Earlier this year, a study in the journal Nature reported that light from electronic devices frequently disrupts sleep. So if you want to get a great night’s sleep ditch the caffeine and turn off the mobile phone/computer in the evening. You might also want to check out our article How to get a good night’s sleep, naturally.

Even if you drink it in the early afternoon, coffee could end up disrupting sleep by as much as an hour, without you even being aware of it. [Photo: Bigstock]