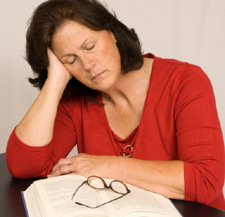 Lack of sleep doesn't just make you feel older, it can make you look older too

Natural Health News — How well you sleep can have a measurable impact on the health of your skin, according to new data.

The recently completed study demonstrated that poor sleepers had slower recovery from a variety of environmental stressors, such as disruption of the skin barrier or ultraviolet (UV) radiation as well as increased signs of skin ageing. Poor sleepers also gave worse self-assessments of their own skin and facial appearance.

“Insufficient sleep has become a worldwide epidemic. While chronic sleep deprivation has been linked to medical problems such as obesity, diabetes, cancer and immune deficiency, its effects on skin function have previously been unknown.”

Although the research team claim this is a first of its kind study, in fact a large body of data supports the notion that beautiful skin begins with a good night’s sleep.

Our barrier against stress

Skin functions as an important barrier from external stressors such as environmental toxins and sun-induced DNA damage and the researchers were keen to examine how skin function and appearance might be impacted by sleep quality, which is vital to the growth and renewal of the body’s immune and physiological systems.

The study, commissioned by Estée Lauder, involved 60 pre-menopausal women between the ages of 30 and 49. Half of participants were experiencing poor sleep quality.

Additionally, participants filled out a sleep log for one week to help researchers understand their sleep patterns.

In this scoring system, a higher score equates to a more aged appearance. The average score in the good quality sleepers was 2.2 versus 4.4 in poor quality sleepers. They found no significant difference between the groups in extrinsic (caused by external environmental factors like UV radiation, cigarette smoking, air pollution, etc) such as coarse wrinkles and sunburn freckles.

The researchers found that good quality sleepers recovered more efficiently from stressors to the skin. Recovery from sunburn was more sluggish in poor quality sleepers, with erythema (redness) remaining higher over 72 hours, indicating that inflammation is less efficiently resolved.

The skin’s ability to retain moisture was also examined. In measurements 72 hours after a skin barrier stressor (tape-stripping), the recovery of good quality sleepers was 30% higher than poor quality sleepers demonstrating that their skin repairs the damage more quickly.

Women most at risk

Women, as we have previously reported, are particularly at risk from sleep disorders and the exhaustion that comes from continual multi-tasking, can do more than just make you look older. It can undermine creativity, judgement, and relationships.  In addition it is damaging to health leading to greater risk of heart cardiovascular disease weight gain and depression.

According to a spokesperson from Estée Lauder, the current study, “will have a profound effect on how we study skin and its functions… We see these findings as yet another way we can direct our scientific research toward the real needs of our customers who want to look and feel their best. Paying attention to body/mind connections may well help manufacturers make more efficient skincare products.

That may well be true, but perhaps a better place to start might be to address the issues that are keeping women awake at night, and helping them to juggle less and sleep more!

Lack of sleep doesn't just make you feel older, it can make you look older too