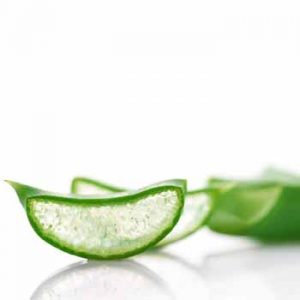 Oral supplementation with aloe vera sterols can help slow the signs of skin ageing in women over 40. [Photo: Bigstock]

Aloe vera helps fight skin ageing from the inside

Wrinkles and dry skin are common signs of skin ageing. Past research has shown that topical application of aloe that aloe vera gel can improve skin healing, particularly when skin has been exposed to sources of radiation such as UV sunlight.

Aloe vera sterols – a type of plant-based hormone – including the lophenols and cycloartanols, are one class of the compounds thought to be responsible for the healing properties of aloe vera.

In a 2-part study Japanese researchers attempted to measure the effect of lophenols and cycloartanols on collagen and hyaluronic acid (HA) production in fibroblasts in a controlled laboratory experiment and in human subjects.

» Japanese researchers tested the effects of aloe vera sterols in the lab on and on human volunteers.

»In the lab human fibroblasts, responsible for producing collagen and hyaluronic acid – produced more of these skin-supporting substances when grown in higher concentrations of aloe vera sterols.

»In women over 40,oral supplements containing aloe vera sterols helped reduce the appearance of wrinkles and may, in addition, have some benefits in helping to reduce body fat.

Fibroblasts are one of the main components of maintaining skin health. They are responsible for the production of collagen, HA and elastin.

In the laboratory arm of the study adult dermal fibroblasts were grown in different concentrations of either lophenols and cycloartanols or a neutral solution for 48 hours. The amount of collagen and HA produced by the cells was then measured.

In the human arm of the trial 58 women with dry skin between the ages of 20 and 50 years old were divided into two groups. Each group took 5 tablets of either the active treatment or placebo per day for 8 weeks. Skin moisture was measured on the cheek and inside of the upper arm. Depth and width of the largest wrinkle in the crow’s foot near the eye was also measured as was body fat.

In the laboratory study the fibroblasts produced more collagen and as the concentration of aloe vera sterols increased. This was true whether the solution contained lophenols or cycloartanols together or separately

In the women, at first glance, there was not much difference between the aloe vera and the placebo groups. Facial skin hydration increased in both the control and treatment groups after 8 weeks, and the change in hydration was significant in both groups and the authors hypothesize that this was related to an increase in use of facial moisturiser as skin became drier during the winter months.

However when the researchers looked at only those subjects over the age of 40 the benefits were clear. In this group the change in wrinkle depth was significantly greater in subjects taking the aloe vera sterols

In addition, body fat was significantly lower after 8 weeks in the treatment group than in the placebo group. Specifically, the researchers found that body fat remained constant in the treatment group but had increased in the placebo group. Other studies of aloe vera in animals and humans have found that aloe vera can affect the percentage of body fat, something that warrants further study.

Overall, say the researchers, aloe vera sterols have a measurable effect on cells production of collagen and hyaluronic acid and that in women over 40 it may help fight signs of skin ageing.

Oral supplementation with aloe vera sterols can help slow the signs of skin ageing in women over 40. [Photo: Bigstock]