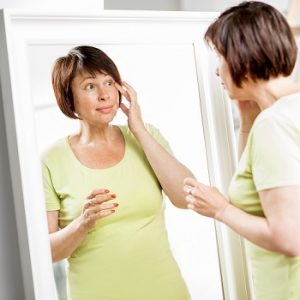 The study by Japanese researchers involved 60 healthy men and women between 22 and 59 years of age. Participants were divided in three, with subjects given either a placebo, or a hyaluronic acid (hyaluronan, or HA) formulation using one of two varieties, with a molecular weight of 2k or 300k. Researchers used Hyabest (S)LF-P (from the Japan-based Kewpie Corporation, which also funded the study). The dosage, 120 mg daily, was the same for all, and the trial lasted 12 weeks.

Within two weeks of completing the course of supplementation, subjects were observed with instrumentation and interviewed via questionnaire. The HA groups reported indisputable changes in the depth and definition of wrinkles, which was substantiated by microphotography, along with notable improvements in the lustre and suppleness of the skin.

» Hyaluronic acid (HA) is found naturally in the skin and may have a role to play in healthy skin ageing.

» A new study has found that a daily supplement of 120mg HA improved the appearance of wrinkles and as well as the lustre and suppleness of the skin.

» Oral supplements of HA can be poorly absorbed and the researchers say need to be designed to withstand the human digestive system in order to deliver benefits.

The skin contains about 50% of the body’s hyaluronan (HA), a component present in every connective tissue. Degradation of HA and collagen is reported to be a cause of wrinkles, with many ingredient suppliers exploring the potential of supplementation to improve skin health from within.

Despite the interest in hyaluronan, there have only been a handful of clinical trials investigating the efficacy of oral consumption of HA on skin health and ageing.

Adding to the data

The new analysis cited several other Japanese studies that evaluated the compound’s efficacy. One  found that people with rough and dry skin who took 240 mg of HA daily experienced significant improvements in dry skin on the face and body after just 6 weeks of supplementation.

For instance in a 2014 study published in Nutrition Journal, daily intake of Hyabest (S)LF-P was shown to counter the loss of skin hydration and guard against deterioration due to age, and to such environmental factors as cold, dry air and UV radiation. For the first time, daily oral intake of hyaluronic acid, which had been used topically from its debut in the 1930’s, was determined to be a viable means of replenishment in the body.

While this latest study adds to this body of evidence on HA and skin ageing, the researchers note that HA supplements can be poorly absorbed “and once in the body, its effectiveness is diminished by absorption in the intestinal tract and metabolic action by the liver.” While the molecular weight of the HA supplement made little difference its level of bioavailability might. Taking formulas designed not to degrade so rapidly once ingested will likely lead to better results, they add.