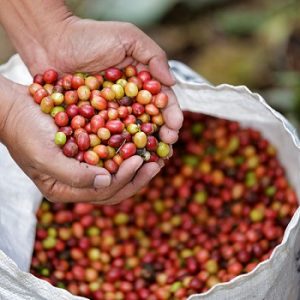 Like cures like. Homoeopathic Coffea cruda could promote sleep when drinking too much coffee causes insomnia. [Photo: Bigstock]

Natural Health News — Can’t sleep? Had too much coffee? New research suggests that homoeopathy could help with that.

The study involved 54 young adults (ages 18-31) who were suffering from insomnia due to excessive coffee drinking and also had cynical hostility or anxiety sensitivity (but not both) as determined by a personality standardised personality test.

Each participant was supplied with an at-home polysomnographic monitor that provided feedback brainwave activity and other physiological changes during sleep such as eye and jaw movement and airflow.  Sleep was monitored on successive pairs of nights once a week for a total of eight recordings (nights 1, 2, 8, 9, 15, 16, 22, 23).

On night 8 participants received a placebo pellet and on night 22 they received a 30C doses of either Nux vomica or Coffea cruda depending on their personality type. Subjects completed daily morning sleep diaries and their mood and well being was monitored throughout.

Sleep happens in repeated cycles throughout the night. Each cycle is comprised of several stages:

During NREM sleep, particularly in the deep stages the body repairs and regenerates tissues, builds bone and muscle, and appears to strengthen the immune system. This as opposed to REM sleep where the brain is busy busily replenishes neurotransmitters that organise neural networks essential for remembering, learning, performance and problem solving.

There are different types of insomnia – for instance we can have difficulty falling asleep or difficulty maintaining sleep. It can be a disorder in itself or it can be secondary to other problems such as stress, change in the environment or diet, hormonal changes or illnesses.

Many conventional approaches to insomnia are very generalised. Homoeopathy provides a method by which practitioners can treat insomnia in a generalised way but also in a constitutional way to treat the underlying causes of insomnia. Both have shown good results.

A number of small studies have been carried out to investigate both how well homoeopathic treatment can help with insomnia, and  whether homoeopathic medicines influence sleeping patterns. Both have shown good results.

In 2010 a double-blind randomised controlled trial (RCT) compared individualised homoeopathic treatment of chronic primary insomnia with giving patients a placebo.In this study the group receiving homoeopathic treatment had a statistically significant improvement in their sleep during the four weeks after treatment began – a result which was not seen in the placebo group.

An earlier study at the University of Arizona, also found that the homoeopathic medicines Nux vomica 30c and Coffea cruda 30c were able to alter the sleep patterns of college students with a history of coffee induced insomnia.

Other research studies have also found that insomnia secondary to  fibromyalgia, menopause and ADHD can also improve with homoeopathic treatment.

Like cures like. Homoeopathic Coffea cruda could promote sleep when drinking too much coffee causes insomnia. [Photo: Bigstock]