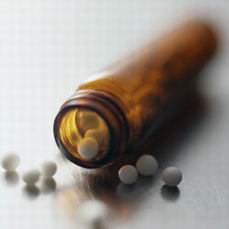 Homoeopathy under threat – why no change isn’t good enough

We must keep the pressure up if we are going to protect our access to homoeopathic remedies.

If you’ve been one of the many people who have taken time to write to your MP about the ongoing threat to homoeopathic remedies in the UK – you have probably received standard replies stating that no changes are being made to the law, including Section 10.

These responses are correct inasmuch as the MHRA’s consolidation process is a routine exercise designed to simplify the law without changing it.

However, these standard responses are misleading because they infer that because the law is not being changed, access to unlicensed homoeopathic remedies (currently the majority available remedies) will continue.

This is not the case.

The need for change

No doubt the MHRA and most MPs would prefer not to make a big deal of this issue. And many may genuinely believe that no change in the Medicine’s Act is good news for those who use and support homoeopathic medicine.

But unfortunately the way Section 10 has been written, no change could end up working to the detriment of homoeopathy. Followed to the letter (rather than the spirit) of the law,  the language of the act, as detailed below, could be used by an increasingly vicious and irrational anti-homoeopathy lobby to see access to unlicensed homoeopathic remedies made virtually impossible.

For clarity – and fairness

The Medicines Act 1968 aims to ensure that medicinal products are produced and supplied in a way which ensures both product quality and patient safety. The MHRA’s recent consultation and ‘consolidation’ aimed to make this vast, confusing, outdated law simpler, clearer and up-to-date.

However, this process has highlighted ways in which the Act is inappropriate when applied to modern use of homoeopathic remedies because:

Once this review of the Medicines Act has been concluded, if Section 10 remains unchanged, it will clearly state that it is unlawful to supply unlicensed homoeopathic remedies by phone, mail order or via the internet.

As homoeopathic remedies are at high dilution they do not pose the same dangers as conventional drugs, carrying no risk of toxicity.

So, what’s the next step

For over 18 months, the homoeopathy profession has engaged with the MHRA concerning key issues of access to medicines and the potential negative impact on homoeopaths as well.

Support from consumers is crucial and even if you have already written to your MP once it would be helpful if you could write again to clarify any misunderstanding he or she may have. We believe every voice counts and in addition to the suggestions provided for your original MP letter it is important to understand that:

As with the first letter it is not necessary to include all the text and it is important that you personalise your letter.  Don’t forget to include your name, address and postcode on all correspondence to your MP.  If you are emailing, put a subject such as Medicines Act consolidation in the subject field.

In addition to the bullets above, the following could be used to create a follow up letter to your MP:

While there is still time to act, let’s act as one voice.