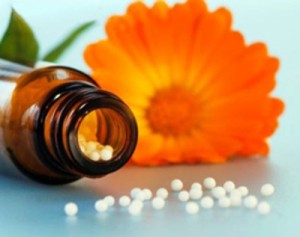 Natural Health News — Important changes at EU level mean it will be much more difficult for millions in the UK to buy and use homoeopathic medicines.

If you care about your health, and value your right to choose homoeopathy here is what you need to know – and how you can help.

The Medicines Act is being simplified, which is a good thing because much duplication is being removed. However, as a result there are some key elements which could adversely affect everyone’s access to homoeopathic medicines if the all of the proposals go through.

If the current proposals by the Medicines and Healthcare products Regulatory Agency (MHRA) are endorsed by Government this is what would happen:

Hundreds of thousands of people who currently have prescriptions filled for unlicensed homoeopathic medicines will be unable to obtain their urgent medicines.  The estimated 6 million users of homoeopathy in Britain cannot be expected to be supplied medicines face-to-face by less than five licensed premises.

What you can do to stop this from happening

The Society of Homeopaths is asking everyone to write to their MP, or better still go and see your MP – especially if your MP sits on the Joint Committee on Statutory Instruments or is involved with Health or Pharmacy.

All that needs to be done is for a small change to be made to Section 10 of the proposed new Medicines Act which will allow greater freedom to dispense remedies to practitioners and could also overcome the face-to-face issue which is unworkable.

It is anticipated that the new Medicines Act will be put before the Joint Committee on Statutory Instruments for approval in late May/early June for implementation in July, taking action now is critical!

Write to your MP

Here are some helpful tips to get you started.

There are some key points you should try to make. It is not necessary or recommended to include all the text suggested below.  It is more important that you personalise your letter with your own views and experiences.

It doesn’t need to take you very long – in fact, try to keep the letter short (a page or less), and emphasise any points that are relevant to the particular MP – but your support is so crucial in helping to keep homoeopathic medicines freely available to everyone.

Whether you are in the UK or other countries,  please also take a moment to sign the Avaaz petition here.