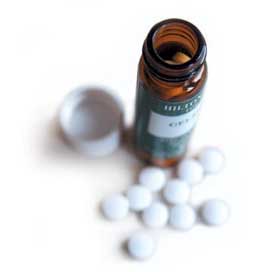 After all these years, homoeopathy still causes controversy - and yet reviews continue to show it can have a positive effect

In the West, bigger is always considered better…

So the concept of a therapy that employs infinitesimal doses of substances derived from a variety of plant, mineral, chemical and even animal sources, seems very foreign to many. Yet homoeopathy is increasingly proving itself to be a gentle, non-toxic way of treating a whole range of health problems in both children and adults.

Homoeopathy is based on the idea that like can cure like, or the “law of similars”. This idea was well known to the ancient Greeks but only became resurrected in Western society in the 18th century when a German physician, Samuel Hahnemann, began looking for a more humane way to treat his patients.

During his years as a physician, Hahnemann became increasingly distressed by the often barbaric cures of his day which included bleeding, purging and the use of leeches.  Eventually he chose to leave the medical profession altogether, supporting his family by translating medical, scientific and botanical texts.

While engaged in this work he re-discovered the ancient law of similars. His first application of this principle was to test the effect of chinchona bark which was, at the time, a common treatment for malaria. During his research, he noted that in healthy individuals the bark could produce malaria-like symptoms; but when minute doses chinchona were administered to malaria patients, their symptoms abated.

Hahnemann’s approach was, and still is, in complete contrast to conventional medicine which treats a person’s symptoms with medicines which have the opposite effect. So, for example, someone suffering from insomnia would be given something to induce an artificial sleep. In homoeopathy, this same person would be given a minute dose of something such as Coffea (derived from unroasted coffee), which would normally act as a stimulant and in a healthy adult could produce sleeplessness.

Having re-discovered the law of similars, Hahnemann spent the rest of his life developing and cataloguing the relationship between diseases and symptoms and the toxic effects of natural medically active substances.

Today, more than 2000 substances which can imitate the symptom patterns common conditions including infectious diseases such as flu and colds, chronic conditions such as allergies, asthma, migraines, and PMS as well as more acute disorders such as arthritis and cancer have been catalogued.

Professional homoeopaths use only a relative few of these in their day-to-day practise and you certainly do not need to be an expert in all 2000 to learn to diagnose and prescribe safely and effectively for yourself.

The memory of water

Doctors and scientists have developed many different theories in order to explain how such infinitesimal doses of a pharmacologically active substance can produce such profound results. One of the more intriguing is the “memory of water” theory. Chemists believe that when the active ingredient is mixed in the water/alcohol base and shaken vigorously (known as succussion) it makes an imprint on the water.

Even though none of the active ingredient remains after this process, the water retains information about the active ingredient in this imprint even after millions of dilutions. What is more, repeated dilutions, known as potentisations, make the imprint stronger, not weaker, which is why in homoeopathy higher dilutions are considered stronger medicine.

While such a view challenges everything that we have been brought up to believe and everything modern science is built on, increasingly modern scientific testing is being used to show that it is true. For example, in 1968 a study using nuclear magnetic resonance (NMR) imaging, demonstrated distinctive readings of subatomic activity in 23 different homoeopathic remedies.

But no such activity was found in the placebos tested. It is only a small leap from such findings to understanding homoeopathy as a form of quantum or energy medicine. If this is the case then it may be that homoeopathy works by matching the frequencies of the plant extract with the frequency of the person’s illness.

The memory of water theory was first put forward by a French biologist Dr Jacques Benveniste. In the 1980’s Benveniste began experimenting with human white blood cells called basophils, which produce among other things histamine, which is released in an allergic response.

In 1988 a study published in the respected journal Nature by an international team of researchers which included Benveniste found that even when exposed to homeopathic dilutions of immunoglobulin E (a substance known to stimulate the release of histamine) the basophils reacted by releasing histamine.

The results caused a major panic in the scientific community and Nature took the precautions of not only distancing itself from the findings but setting up a team of experts (which famously included a professional magician, a journalist and a scientific fraud expert) to reinvestigate the original findings. Not surprisingly this  motley crew could not reproduce the findings of the more experienced scientists. Nevertheless this study was greeted with open arms, and with not a little relief, by the wider scientific community.

A British attempt in 1993 to reproduce Benveniste’s results (funded by London’s University College and also published in Nature) also failed. Benveniste’s theory continued to be so derided by other scientists that going public lost him his laboratories, his funding and some would say his international credibility.

But in 2001 a large pan-European team writing in the journal Inflammation Research – originally with the aim on proving the French scientist wrong (again) – found that water did indeed retain a memory of things dissolved in it.

The team once again used histamine to test the theory. Histamine solutions in both pharmacological concentrations and diluted to the point where no active ingredient remained in the solution (known as ghost solutions) were tested in the laboratory for their ability to inhibit a process known as basophil degranulation – a biochemical reaction to large amounts of immunoglobulin E which causes the cell to first release histamine and then restrict its release.

Three of the four labs involved in the trial reported a statistically significant inhibition of the basophil degranulation by the ghost solutions, when compared with controls. The fourth lab found results that almost reached significance. The initial results which relied on human assessment were then checked by a totally automated process in order to rule out any human error. The results were the same.

The work, which was aimed at studying HIV not homoeopathy, involved infecting human white blood cells with a bacterium, Mycoplasma pirum, that is a common co-factor in HIV infections. A solution containing the infected cells was then passed through nano-filters to remove any trace of the infected cells. What remained was a sterile solution.

Given the general level of scepticism about homoeopathy among conventional practitioners, there has been what appears to be an almost disproportionately concerted effort to research homoeopathic remedies.

A quick look at much of the research reveals why. Most studies into homoeopathy are designed to show that it does not work, that it could not possibly work and that it is simply a fancy type of placebo.

Many of these studies employ the double-blind, placebo-controlled design – pitting an active remedy against a placebo without the participants knowing which they are taking – which  ‘real’ scientists hold in such high regard. And yet the majority of these studies do show that homoeopathy works and more importantly that it works better than a placebo.

While most studies into homoeopathy are small, taken together they show an impressive trend toward efficacy. For instance in 1991, the British Medical Journal published an analysis of 107 clinical studies into homoeopathy published between 1966 and 1990. The authors found that in 81 (75%) of the experiments, the homeopathic treatments were successful. Even when they re-analysed the data using only the 23 studies that they considered to be of the highest quality the majority of these, 65%, showed positive results.

Results showed that in 13 out of the 19 trials of respiratory infection treatment homoeopathy proved effective; 6 out of 7 were positive for other infections, 5 out of 7 were positive for digestive system treatment, 5 out of 5 were successful for hay fever, 5 out of 7 showed quicker recovery after surgery, 4 out of 6 helped in rheumatological disease, 18 of 20 were beneficial for pain or traumatic injury; and 8 out of 10 worked for mental or psychological problems.

In 1992, in the Canadian Medical Association Journal, Dutch researchers reported that a review of 105 published papers over a three-year period showed 85 of the 105 articles favoured a homoeopathic treatment for a variety of illnesses, with most showing “statistically significant advantages over a placebo”.

Similarly In 1997 the UK medical journal, The Lancet, published a much larger and more thorough review of all the properly conducted clinical trials into homoeopathy published between 1943 and 1995. It concluded that 77% of these studies yielded a positive result and called for more and better research into homoeopathy. In addition, while some conventional practitioners denigrate the effectiveness of homoeopathy as a mere “placebo effect”, in this review homoeopathy was 10 times more effective than placebo.

These types of reviews have continued. Most recently in 2012 the Swiss government produced the most comprehensive governmental report ever written on homoeopathy, looking at the evidence from randomized double-blind and placebo controlled clinical trials. The data showed that homoeopathic high-potencies seem to induce regulatory effects and specific changes in cells or living organisms and that 20 of the 22 systematic reviews of clinical research testing homoeopathic medicines showed a trend in favour of homoeopathy.

In spite of research that shows that homoeopathy can work and indeed has a place within the NHS, the medical profession continues to be reluctant in its acceptance of the therapy, and access to homoeopathic remedies is being slowly, severely restricted.

Given that it represents a threat to all they know, is it is not surprising that so many scientists resist further investigation into the field of homoeopathy or give only the most grudging acknowledgements to studies which show positive results.

Professor Montagnier has gone so far as to call conventional the resistance to studying or understanding homoeopathy a kind of “intellectual terror”.

He notes in an interview in Science Magazine:  “I can’t say that homoeopathy is right in everything. What I can say now is that the high dilutions are right. High dilutions of something are not nothing… It’s not pseudoscience. It’s not quackery. These are real phenomena which deserve further study.”

Scientists are still clamouring for more research, but confirming the efficacy of homoeopathy would be much more than validation of this type of treatment. It would quite literally require a complete re-evaluation of how we understand the workings of chemistry, biochemistry and pharmacology.

Protecting themselves against this fear, it would seem, is more important than expanding the available resources for helping people get better.

After all these years, homoeopathy still causes controversy - and yet reviews continue to show it can have a positive effect