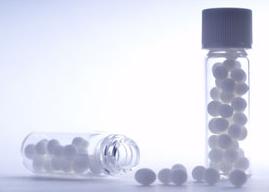 Homoeopathy and cancer – the debate continues

Natural Health News — There’s nothing more contentious in the field of alternative medicine than the use of homeopathic treatments for cancer.

Studies in this area tend to be small, and yet some have intriguing successes.

For instance in one 2011 study, published in the journal Evidence Based Complementary and Alternative Medicine, researchers prospectively studied the clinical efficacy of an alternative cancer treatment “Psorinum Therapy” in treating stomach, gall bladder, pancreatic and liver cancers.

These patients were treated with Psornium-6X and supported with a range of allopathic and individualised homoeopathic remedies.

Conventional methods were used to control of infection, pain, electrolytic balance, bleeding, nutritional deficiencies were taken, and blood transfusion, abdominal or plural paracentesis, analgesic, bronchodilator, stenting of the hepato-pancreato-biliary system, and bypass were done as and when required to improve the survival and the quality of life of the participants.

In this study the authors reported a complete tumour response in 33.33% of those diagnosed with stage III disease and 10.71% of those with stage IV. Partial response occurred in 41.03% and 33.93% respectively.

Earlier this year a further study took a closer look at three patients from the larger study, refuelling one of the most acrimonious debates in healthcare.

The case-study report in the Journal of Alternative and Complementary Medicine looked at three cases of cancer, one gallbladder, one periampullary (pancreas), and one liver – were given Psorinum-6x orally at a dose of 0.02 mL/kg body weight/day on an empty stomach for a complete course duration of 2 years. Although this was their primary treatment they also received allopathic and individualised homoeopathic supportive treatment as detailed above.

All three patients were diagnosed at Stage IV, according to guidelines laid down by the American Joint Committee on Cancer.

Further their Karnofsky performance status (an indication of how disabled they were by their disease) was between 20% and 50% — indicating they were very sick and in need of frequent special care.

Their Eastern Cooperative Oncology Group (another indication of disability) score status was between 3 and 4, indicating they were mostly or totally bed bound and incapable of self care.

In other words these were very sick people.

In these cases, conventional cancer treatments could not be initiated due to the advanced stage of their disease, poor general health performance status, and their financial constraints.

One patient experienced complete remission and the other two experienced partial remission. All three patients remained alive and maintained a stable quality of life for at least 2 years. The patients reported no adverse side-effects from Psorinum-6x.

The authors of the original study say they cannot rule out effects of the allopathic treatment in their results.

In the current case study report the authors make a plea for more basic research and well-designed clinical trials to be conducted for further investigation of this homoeopathic cancer treatment in order that it might be integrated into the mainstream of oncology treatments.

This study is just the sort of study we need more of in homoeopathy although it’s size is a limiting factor. More and larger studies of this type would be most welcome.  And yet to even talk about homoeopathic treatment of cancer is to risk being shouted down by sceptics and cynics.

The fact remains there is no consistent, reliable cure for cancer – this is in part because cancer is not a single disease but many, as a recent landmark study into breast cancer has shown. In addition, most studies look at survival rates, usually over a period of 2-5 years. If a patient survives for 5 years and dies in year 6 that is a success for the drug manufacturer, but it is patently not the same as a cure.

Success of any treatment depends on the individual (i.e. their overall health. level of support and socioeconomic status) well as the type and stage of cancer. One size fits all treatments are doomed to fail.

This is why we throw our support those who call for research into cancer causes such as the Cancer Prevention Society.

A much greater scandal than the use of homoeopathy in cancer is that conventional science has so wilfully refused to investigate the benefits of homoeopathy as a treatment option. The justification is usually that cancer patients are very sick and should not be put through long clinical trials with uncertain outcomes. And yet long clinical trials with uncertain outcomes are exactly what cancer patients are put through every day in the name of conventional medicine.

Such treatments have become part of what one doctor recently dubbed “futile care”.

If you would like to read more about homoeopathy in cancer care you may find this review in the journal Alternative Therapies in Health and Medicine helpful.