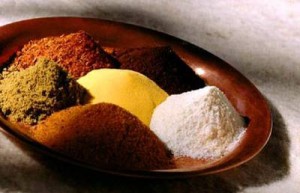 In China, it is common to use traditional herbal remedies combined with chemotherapy to treat colorectal cancer, but  no systematic review has been published in English and this has hindered further research and discussion.

Now, in a review in the journal Complementary Therapies in Medicine, researchers from Hong Kong have pooled together the results of currently available  randomised controlled trials to better understand the use of Chinese herbal medicine as an adjunctive therapy for colorectal cancer. They searched seven medical databases and found 20 trials that were deemed to be of sufficient quality to enable a proper assessment of the outcomes.

The data showed that when herbal therapy was added to conventional treatments the result was significantly improved one and three year survival rates and a significant slowing of the progression of the disease when compared to those not taking the herbs.

They also found that the combined therapy significantly enhanced the immune system and reduced the side effects of chemotherapy, including nausea and vomiting, appetite loss and diarrhoea.

Homoeopathy as a protective therapy

At the same time another trial of homoeopathic remedies has appeared in the Journal of Acupuncture and Meridian Studies.

The Indian researchers looked at the effects of potentised Cholesterinum used intermittently with another homoeopathic remedy, Natrum sulphuricum on ‘carcinogen-induced hepatotoxicity’ in mice.

What this means is the the researchers were trying to see is  if these two homoeopathic remedies could reduce damage done to the liver by cancer causing agents – in this case p-dimethylaminoazobenzene (p-DAB), and phenobarbital (PB) – in the animals’ diet.

The researchers performed a full panel of tests on the animals looking for biomarkers (natural substances in the blood that indicate how well, or not, the body is working) of liver toxicity. What these tests showed was that each of these homoeopathic combination stimulated the immune response, and helped protect the liver, combined however they had a greater anticancer effect.

News and discussion about the use of complementary therapies in cancer (rather like news about the health risks of  GM  foods) often gets buried because much of the research is being done in non-English speaking countries and our prejudices are such that Western medicine believes that any study not in conducted in the English-speaking West has no value.  But such studies also challenge our own preconceptions and the agendas of some very powerful corporations.

It would seem, for our health’s sake, this is a conversation that we should be having.