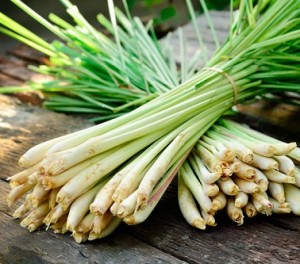 Lemongrass is one of several plants rich in citronellal - an citrusy aromatic compound that, when inhaled, may have cancer fighting properties

Natural Health News — A main aromatic component of essential oils, terpenes can inhibit the growth of different cancer cells, according to German researchers.

Essential oils occur in many plants, protecting them through their antibacterial, antiviral and fungicidal properties. These oils are also used in a variety of therapeutic ways in alternative and complementary medicine. It has been recently discovered that terpenes, a large family of volatile aromatic compounds, can also inhibit the growth of different cancer cells, including liver cancer. Their function had not previously been fully understood.

Terpenes can trigger signalling processes in cells by activating olfactory receptors. Those receptors are mainly located in the nose, but they have been proved to occur in all types of human tissue, including skin, prostate and spermatozoa. Carcinogenesis and cancer growth are likewise significantly affected by terpenes, even though the exact mechanism is not well understood.

In order to find this out how inhaling terpenes might affect the course of cancer, the researchers from Bochum used a cellular model of hepatocellular carcinoma, a common liver tumour. They exposed the cells to different terpenes at different concentrations, and monitored their reactions.

The laboratory study in the Archives of Biochemistry and Biophysics found that two of the eleven terpenes tested caused a significant increase in calcium concentration in the cells. These two terpenes were (-)-citronellal and citronellol – commonly found in citrus smelling oils.

During a follow-up analysis, the researchers focused on (-)-citronellal and scanned for a receptor in the liver cells into which the terpene has to fit as a key into a lock. They demonstrated that an olfactory receptor known as OR1A2 occurs in liver cells and is responsible for detection of the citrus scent and cellular reaction to this scent. If the option for producing that receptor was removed from the cells, the cells no longer react to (-)-citronellal.

Moreover, the researchers succeeded in tracking the signalling pathway that (-)-citronellal uses for increasing calcium concentration inside the cells, thus reducing cell growth.

New directions in treatment and diagnosis

“These results are yet another example for the significance of olfactory receptors outside the nose, and they give rise to hope that new drugs with no severe side effects may be developed for cancer therapy.”

The hepatocellular carcinoma is the most common primary tumour of the liver. It is the third most common tumour-induced cause of death. Terpenes have previously been shown to be capable of inhibiting the growth of different cancer cells. This new work sheds significant light on the potential therapeutic benefits of aromatic compounds. In future, say the researchers, the olfactory receptor could serve as target for liver cancer diagnosis and therapy.

Lemongrass is one of several plants rich in citronellal - an citrusy aromatic compound that, when inhaled, may have cancer fighting properties