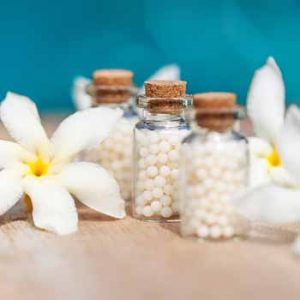 Interest in homeopathic remedies is increasing in the US. [Photo: Bigstock]

Survey maps homeopathy use in the US

Natural Health News — The first detailed report into the use of homeopathy amongst US adults, shows that users find it helpful and tend to use it to manage everyday conditions such as  the common cold and back pain.

Homeopathy is a 200-year-old system of medicine based around ideas developed in the 1790s by a German doctor called Samuel Hahnemann.

One of its central principles is that ‘like cures like’ – that a substance that causes certain symptoms can also help to remove those symptoms.

A second central principle is based around a process of dilution and shaking (succussion). In homeopathic treatment the more a substance is diluted in this way, the greater its power to treat symptoms.

In spite of continued scepticism from some conventional scientists and doctors, interest in, and use of, homeopathy in the US has increased in recent years, as demonstrated by a recent Centers for Disease Control (CDC) report.

The current study analysed data from the 2012 National Health Interview Survey which included a number of questions about participants’ use of CIM and was completed by more than 34,500 adults.

» In the first detailed report into the use of homeopathy among US adults researchers have found that users prefer self-treatment for everyday problems like colds and backache.

» In America homeopathy is used by a relatively small segment (2%) of the adult population and homeopathy users tend to use other complementary treatments as well.

» Users reported that homeopathy helped their conditions ‘a great deal’.

Around 2% of respondents reported using homeopathy – a relatively low number compared to the 10% of the population who report using homeopathic remedies the UK – but in line with the findings of the CDC report above.

Users were more likely to be white, female, married, highly educated, aged 30 to 44 and live in western US than were CIM users who did not use homeopathy. Since women in the main still provide most of the healthcare within families this is not an entirely unexpected finding. They also were more likely to report using other types of CIM, except for chiropractic or osteopathic manipulation, and to have used several different types of CIM.

While two-thirds of those who used homeopathy ranked it among their top three CIM therapies, 19% of these reported seeing a homeopathic practitioner during the preceding year. One third of homeopathy users – both those who did and did not consult practitioners – reported using homeopathy to address specific health conditions, most commonly head and chest colds.

Those who did see a practitioner were significantly more likely to report that homeopathy was very important to maintaining their health and that it had helped their health problem ‘a great deal.’

“Our data suggest that the likelihood of people using these products for serious conditions without input from a healthcare professional is low, and data from other groups suggest that most CIM use is in addition to, not in place of, conventional treatment,” write the researchers.

The findings were published in the American Journal of Public Health.

Interest in homeopathic remedies is increasing in the US. [Photo: Bigstock]