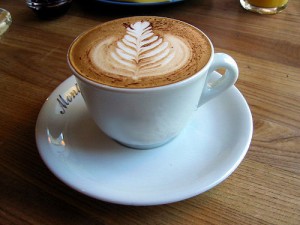 Skin cancer fears? Try a cup of coffee, or three

Natural Health News — The caffeine in your coffee could give you a lower risk of developing basal cell carcinoma – a common form of skin cancer – according to a new study.

“Given the nearly 1 million new cases of BCC diagnosed each year in the United States, daily dietary factors with even small protective effects may have great public health impact,” said researcher Fengju Song, PhD, a postdoctoral fellow in the department of dermatology at Brigham and Women’s Hospital and Harvard Medical School. “Our study indicates that coffee consumption may be an important option to help prevent BCC.”

Animal studies have shown that both oral and topical caffeine can help protect skin from the kind of UV damage that can lead to BCC and SCC. The researchers called for more study into the link between caffeine and a lower risk some skin cancers. They did not comment, however, on the potential health impacts of drinking high levels of coffee and whether these outweigh any benefits seen in BCC prevention.