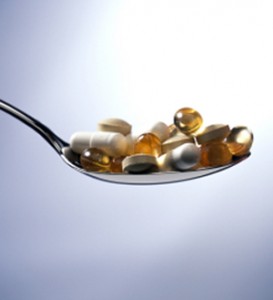 In the fight against cancer, antioxidants are the least of our worries

Can antioxidants be killers?

Even with a whole armament of conventional drugs, we aren’t anywhere close to winning the ‘war’ against cancer – and now, according to an eminent scientist, taking antioxidants may actually make the problem worse.

Or at least that’s how some of the media have interpreted the recent, and quite complex, article in the journal Open Biology by Nobel laureate James D. Watson, Ph.D – co discoverer co-discoverer of the structure of DNA in 1953 with Francis Crick.

Although Watson does take a swipe at antioxidants, his hypothesis (and it is just a hypothesis – not a study) is much more wide ranging.

It is in part a rail against science that is funded by Big Pharma and which, as a result will always focus its funds and attention on drugs on the big cancers that the media loves to write about “such as those of the breast, colon and lung.”

We focus on DNA damage, he suggests, to the exclusion of other causes which may be just as relevant and fail to look at all of the pathways that lead to cancer and how they might intersect.

This says Watson is preventing the big breakthroughs we so desperately need in cancer research. He is angry, he writes, that we continue to test “drugs for which we have little hope of true breakthroughs.”

Antioxidants – which can only address part of the cell cycle involved with cancer – are to some extent the collateral damage of a larger frustration aimed at the cancer establishment.

“The biggest obstacle” to a true war against cancer, Watson writes, may be “the inherently conservative nature of today’s cancer research establishments.” As long as that’s so, “curing cancer will always be 10 or 20 years away.”

When free radicals are a good thing

And yet in writing about the role of oxidants and antioxidants in cancers that are currently incurable, notably in late-stage metastatic cancers, Watson raises some interesting points.

At the heart of his thesis are the group of molecules that scientists call reactive oxygen species, and what the rest of us call free-radicals. ROS play a role in apoptosis – programmed cell death – which allows dysfunctional cells which pose a threat to the survival or organisms to kill themselves.

In Watson’s view ROS can be “a positive force for life”.

However, ROS are also able to irreversibly damage key proteins and nucleic acid molecules (e.g., DNA and RNA). Thus under normal circumstances, when they’re not needed to curb dysfunctional cells, ROS are constantly being neutralised by anti-oxidative proteins.

In order to aid this neutralisation, we are often urged to eat foods rich in antioxidants such as blueberries. Parallel to this, a vast industry producing antioxidant supplements has grown exponentially on the idea that more is better and that regular large doses of antioxidants are protective against cancer and other diseases which have become epidemic in  Western culture.

What Watson is claiming is that since ROS are necessary for apoptosis in late-stage cancer, suppressing them – for instance by mega-dosing with antioxidant supplements – may promote the progression of malignant cells and hence cancer.

He also proposes that the cell-killing ability of currently used anti-cancer therapies – notably, toxic chemotherapeutic agents such as Taxol as well as radiation treatment – is mainly due to the ability of ROS to induce apoptosis

If true, this would explain, according to Watson, “why cancers that become resistant to chemotherapeutic control become equally resistant to ionizing radiotherapy.” Both types of treatment depend on an ROS-mediated cell-killing mechanism.

Watson also argues certain cancer cells fail to respond to treatment because they themselves produce high levels of ROS-destroying antioxidants. In this case supplementing with antioxidants could do more harm than good – a view that has long been known.

He concludes: “Unless we can find ways of reducing antioxidant levels, late-stage cancer 10 years from now will be as incurable as it is today.”

What Watson doesn’t say is whether antioxidants in food could have the same effect as supplements. Would he, for instance, be suggesting that late sage cancer patients cut out all antioxidant-containing foods from their diets? And if so what would they eat?

There is, of course, a difference between trying to prevent cancer by boosting antioxidant intake through diet or appropriate use of supplements and trying to use supplements to cure very late stage cancers.

Cancer is a slow developing disease; its development is influenced to some extent, by how we’ve lived our lives and how well we’ve taken care of ourselves. By the time the body becomes this sick, its whole chemistry has changed. This may also be why smokers, whose body chemistry is so altered by cigarette smoke, have been found to have a higher risk of cancer when taking the antioxidant beta-carotene.

A1996 study, the Beta-Carotene and Retinol Efficacy Trial (CARET), which included 18,314 men and women at high risk of developing lung cancer, also demonstrated a possible increase in lung cancer associated with antioxidants. This was particularly true for people who were also heavy drinkers.

Studies show that overall those whose diets give them the highest levels of anti-oxidant rich whole foods are at lower risk of all kinds of diseases including cancer.

But the data is not straightforward. In the long-term Physicians’ Health Study, cancer rates were similar among men taking beta-carotene and among those taking a placebo. Other trials have also largely showed no effect. But other studies show that in some cases there is an increased risk of cancer and cancer deaths.

But equally there is evidence of protection. One large trial showed a reduction in cancer risk and all-cause mortality among men taking an antioxidant cocktail but no apparent effect in women. This may be because the men tended to have low blood levels of beta-carotene and other vitamins at the beginning of the study.

A randomised trial of selenium in people with skin cancer demonstrated significant reductions in cancer and cancer mortality at various sites, including colon, lung, and prostate. Again the effects were strongest among those with low selenium levels at baseline.

Interpreting such a mix of findings is difficult, but what is clear is that in the fight against cancer antioxidants are the least of our worries.

It may be that if we have abused our bodies for long enough (for instance through smoking or excessive alcohol) or when we are very sick our bodies reach a tipping point past which nothing – not chemotherapy nor antioxidants is helpful.

For this reason Watson’s single example of late stage cancer – which has a poor prognosis no matter what medical path is chosen – is potentially misleading.

At Natural Health News, we share his frustration at the way funding is allocated to cancer research.  So much of it continues to be aimed at drugs to give people once they are sick – as opposed to programmes that promote prevention.

We are also frustrated by the lack of funding being given to alternative approaches to cancer and the way that any non-pharmaceutical approach is so often dismissed as quackery. Watson’s hypothesis, for instance, begs the question about whether oxygen therapy, which creates more ROS in the body, might be a viable treatment.

With regard to antioxidants, a more positive approach would be to focus on diet and appropriately used supplements (as well as avoiding the many environmental chemicals that are linked with cancer).  It would reinforce the role of fresh, wholefoods in which antioxidants are consumed in a rich matrix of other essential nutrients.

As is the case with every kind of nutrient, the body makes better use of antioxidants when they are “packaged” along with the other nutrient co-factors we find in food, than it does of isolated antioxidants consumed as supplements.

And yet, as our soil becomes more depleted and our food more nutrient poor, appropriate supplements, in addition to a good diet, have their place as well.

Antioxidants – such as beta-carotene, lycopene, selenium and vitamins C, E, and A – are substances that protect cells from the damage caused by free radicals. In some individuals this damage can lead to cancer. Antioxidants interact with and stabilise free radicals and may prevent some of the damage they might otherwise cause.

There is considerable laboratory evidence from chemical, cell culture, and animal studies indicates that antioxidants may slow or possibly prevent the development of cancer. Most recently, for instance, antioxidant-rich diets have been shown to prevent breast cancer and pancreatic cancer.

If you think your diet needs an antioxidant make-over the place to begin is with dietary diversity. The greater the variety in your diet, the better chance you have of consuming all the antioxidants and other nutrients which have been shown to help prevent cancer.

The list below describes food sources of common antioxidants.

In the fight against cancer, antioxidants are the least of our worries