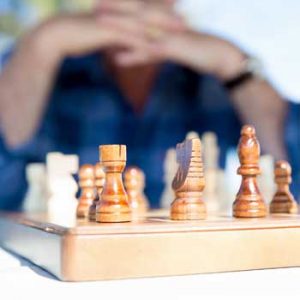 An environment that provides plenty of mental and physical stimulation could help fight cancer. [Photo: Bigstock]

Natural Health News — Living in an environment that si both mentally and physically stimulating has a wide range of mental health benefits. Now research shows it may also have physical benefits, including slowing the progression of cancer.

A growing body of evidence suggests that a mind-body approach to medicine can significantly improve overall health. Studies have found, for example, that depression, stress, and social isolation in humans increase the risk of cancer progression.

In studies of mice, an environment that provides opportunities to exercise the mind and the body has even been shown to help cure cancer.

“The bottom line is that there are many benefits with minimal risks to reducing stress through mind-body interventions,” says senior author Melinda Angus-Hill of the Huntsman Cancer Institute at the University of Utah.

» Creating a stimulating environment has a wide range of mental health benefits, but now researcher say it may also have physical benefits

» In a study of mice with colon cancer, a rich environment that stimulates both body and mind actually slowed the progression of the disease by triggering the body’s wound repair response.

» Tumours they say are in effect wounds that do not heal, environmental improvements resulted in the release of special antibodies that ‘sealed off’ the tumour, restored the integrity of the colon and extended the animals’ life significantly.

In an interesting new study, published in the journal in Cell Reports Angus-Hill and her team reveal that a stimulating environment increased the lifespan in mice with colon cancer by triggering the body’s wound repair response.

They exposed mice with colon cancer to environmental enrichment by housing them in cages filled with many other mice, along with running wheels, tunnels, huts, igloos, and nesting materials. Improving the animals’ surroundings increased the lifespan of male and female mice with colon tumours (55 days and 82 days, respectively) but in different ways. For females it helped reduce tumour size and for males it decreased blood levels of inflammatory molecules.

Say the researchers, blood vessels in the tumour microenvironment are often non-functional, preventing cancer drugs from reaching their target. These findings suggest that environmental enrichment could improve the delivery of medicines designed to fight cancer of support immunity in cancer patients.

Moreover, a richer environment stimulated immune cells called plasma cells to produce an antibody called Immunoglobulin A (IgA), which attached to the surface of pericytes located on the outside of blood vessels. The pericytes then worked their way to the periphery of tumours, sealing the ‘wound’ in a process similar to scarring. Ultimately, the process restored the integrity of the colon barrier, defended against pathogens, and improved the composition of gut microbes, thereby reducing inflammation.

It is possible that the same beneficial response could be seen in humans. According to Angus-Hill: “Our findings support additional studies into the future application of mind-body intervention in combination with conventional therapy for patients with colorectal cancer.”

An environment that provides plenty of mental and physical stimulation could help fight cancer. [Photo: Bigstock]