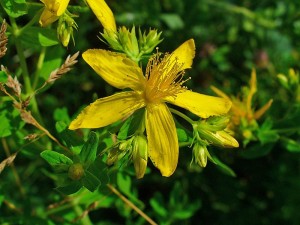 Recent years have seen an explosion in the numbers of people who are experiencing symptoms of depression and requesting support in how to deal with it.

According to the Mental Health Foundation, 1 in 6 people will be classified as depressed at some time in their life, although nearly everyone will experience some of the symptoms of depression at some point. This is reflected in the increasing use of prescribed medications despite there being considerable concern over their side effects.

The cost to national health budgets is extreme. In the UK, some £100 million per year is spent on drugs to affect mood. This is 25 per cent of the national drug budget. The use of conventional medication, although perhaps necessary in some extreme states of mind, merely deals with the symptoms – the effect – rather than the cause.

Despite the impact, it is important to state that depression is not an illness and certainly not a disease. It is an emotion and one that we all experience from time to time. It is only when it becomes more severe and interferes with our functioning, that it may be labelled as a ‘problem’. There are, however, many approaches that are on offer to ease depression and holistic medicine is a safe and effective choice.

When someone is diagnosed with depression, it is considered that some of the following are present:

Not all people with depression will have all these symptoms as we are all different in our personalities and our reactions to events. It is helpful to consider that depression has different qualities and expressions.

Conventionally, antidepressants are frequently used to treat depression. Their use is controversial particularly in children and young adults. Antidepressants frequently have powerful side-effects which can include worsening of psychological states, suicide and aggressive outbursts. They are easy to begin but more difficult to stop. They are addictive and stopping them can lead to withdrawal symptoms as well as a flare-up of the original symptoms.

Their use should never be considered lightly and it is helpful to consider gentler options first.

Depression also has many causes. They can be emotional, psychological, physiological or even environmental. It can strike at any age but is most common people aged 25 to 44.  Whatever its root cause conventional medicine, tends to treat all experiences of depression in the same way, with antidepressant drugs.  This is largely because of a belief that depression is the result of chemical imbalances in the brain. There is no evidence to suppose that depression arises from such a chemical imbalance.

In contrast the holistic approach is to give each person an individual remedy precisely tailored to their particular pattern of symptoms. Holistic medicine has a unique view of the whole person as an interconnecting energetic network. There are many different techniques that are encompassed within the term holistic medicine, and they are increasingly being recognised as great resources for promoting health and treating disease.

But for many people self-help, for instance by using herbal remedies, can be applied safely and effectively in many situations. As a first strategy, consider more holistic approaches such those below.

Herbal medicine has a long and proven track record in alleviating suffering and maximising health.

‘Over the counter’ herbs are generally safe and gentle as well as effective and can be easily used for self-help. It is helpful to consult a qualified herbalist if you find that your strategy of self-help does not help or in more complicated cases where symptoms are severe. Anyone taking prescribed medication should also see a practitioner before using herbal remedies.

This herb is well known to relieve mild to moderate depression and in clinical trials has been proven to be more effective than placebo and better tolerated than antidepressants. It is also specifically indicated to relieve the ‘winter blues’ (SAD). It may be taken as an infusion, tincture or as capsules.

Damiana is a stimulant and tonic to the nervous system and may be used to treat depression, physical weakness, difficulty thinking and nervous exhaustion. Damiana is also considered a stimulant for the reproductive system (aphrodisiac) in both sexes. It is best taken as an infusion or tincture.

This pleasant tasting herb is well-known as a lifter of mood, it treats the ‘heart and driveth away melancholy and sadness’ according to John Evelyn in the 17th century and new research into its antidepressant properties was presented to the British Psychological Society in April, 2004. Lemon balm lifts the spirits and also provides support for the nervous system during times of stress. Although effective, lemon balm is a mild herb that is suitable for children and adults. It is best taken as an infusion or tincture.

Skullcap is a very effective herb that has a calming yet strengthening effect on the nervous system and will help to relieve certain symptoms of depression such as poor sleep, poor concentration and headaches. It is particularly useful for depression brought on by prolonged stress, illness or overwork. Skullcap may be taken as an infusion, capsules or tincture.

An infusion is made by adding a heaped teaspoonful of herb (or herbs) to a pot and pouring on a cupful of boiling water. Allow this to infuse for 10 minutes, strain and drink 3 times per day. A tincture is an extract of herb in alcohol and water. The usual dosage is 1 to 2ml in a glass of water 3 times per day, follow the dosage instructions on the bottle.

All the herbs above may be taken for up to six weeks at a time. It is usually advisable to then have a break for a couple of weeks before taking for another six weeks if required. The herbs may be taken in combination.

If you develop any new symptoms or are unsure about your progress consult a qualified herbalist who will be able to tailor an exact prescription to your needs and get a deeper result. During pregnancy or if you are on prescribed medication check with a practitioner before taking herbal remedies.

Holistic medicine has always sought to see symptoms within the context of an integrated whole, and it is lifestyle changes that will be just as important as anything medicinal when improving depression. Self-help measures such as relaxation, yoga, tai chi or many other contemplative methods can be an essential part of any program seeking to relieve depression.

In holistic medicine, we seek to nurture, balance and nourish the whole person. Any symptom – be it physical or psychological – is eased through considering the total picture of who the person is and what they need. There are two things that we, as humans, need for healing to take place: time and attention.

Time we know about and even have sayings such as, ‘Time is a great healer’. However, by itself this is not enough. We also need attention. We need to give ourselves and others that quality of attention, caring and of nurturing that enables us to truly find peace and tranquillity.