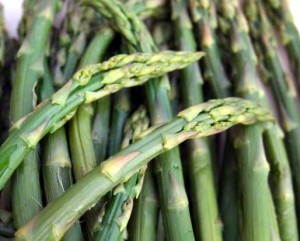 Asparagus has properties that can help protect the liver [Image: jasonwebber01 - Morguefile]

Eat asparagus to prevent a hangover

Drinking to help ring in the New Year may leave many suffering with the dreaded hangover.

But according to a 2009 study in the Journal of Food Science, the amino acids and minerals found in asparagus extract may alleviate alcohol hangover and protect liver cells against toxins.

Researchers at the Institute of Medical Science and Jeju National University in Korea analysed the components of young asparagus shoots and the frilly, fern-like leaves to compare their biochemical effects on human and rat liver cells.

Both leaves and shoots were found to be effective though the amino acid and mineral contents were found to be much higher in the leaves than the shoots, indicating what a lot of herbalists and foodies already know – that often those parts of food that are typically discarded, such as the leaves, have untapped therapeutic use.

Heavy alcohol use causes oxidative stress on the liver as well as unpleasant physical effects associated with a hangover. But say the scientists, eating asparagus can boost levels of key enzymes that break down alcohol after a heavy night.

In an informal trial that wasn’t part of the study, they also found that volunteers who drank a beverage containing asparagus extract reported fewer hangover symptoms.

According to lead researcher B.Y. Kim. “These results provide evidence of how the biological functions of asparagus can help alleviate alcohol hangover and protect liver cells.”

Asparagus officinalis is a common vegetable that is widely consumed worldwide and has long been used as an herbal medicine due to its anticancer effects. It also has antifungal, anti-inflammatory and diuretic properties.

For more hangover advice see our article Herbal Help for the Holidays.

Asparagus has properties that can help protect the liver [Image: jasonwebber01 - Morguefile]