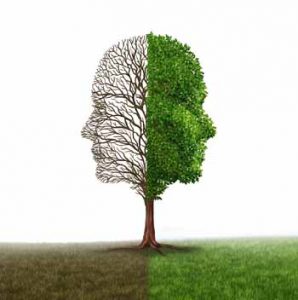 People with bipolar disorder may respond best to treatment that fits in with their individual needs. [Image: Bigstock]

When it comes to managing bipolar disorder, one size doesn’t fit all, writes a clinical psychologist.

Bipolar disorder is a diagnosis given to people who experience periods of intense low mood but also periods of elation and increased energy which can lead to impaired judgement and risky behaviour. The Royal College of Psychiatrists estimates that around 1% of the adult population experience bipolar symptoms at some point in their life.

UK guidance for the treatment of bipolar disorder has an emphasis on medication.

However, more than 60% of people with the diagnosis stop taking their medication at some point. This is often because of the common and severe and unpleasant side effects that drugs such as lithium and olanzapine can produce. These include dizziness, diarrhoea, slowed movement and substantial weight gain.

» More than 60% of people with the diagnosis stop taking their medication at some point, often due to unpleasant side effects.

» In addition, medication has been shown to only help a small percentage of sufferers.

» While some doctors consider it reckless, research suggests that the decision to come off medication is often taken in a rational way and aimed at finding ways of treating the condition that work with individual needs.

» Working collaboratively with sufferers can help identify which form of treatment is likely to have a long-lasting positive impact on the condition.

A recent review also suggested that medication only helps a small proportion of those it is prescribed to. The review looked at 12 different medication regimes used under several different circumstances and found the highest success rate was just 33%. And lithium, a drug that NICE recommends as the “first-line, long-term pharmacological treatment for bipolar disorder” was found to benefit only about one in seven patients. It is also a very toxic drug. Recent research has found that around one in three of those taking lithium over many years will go on to suffer from chronic renal failure.

Despite this, patient decisions to stop taking medication are typically regarded by mental health professionals as being due to “lack of insight” or “inaccurate concerns” about a drug’s safety or efficacy.

Many are also concerned about what might happen to people not taking medication if they fail to recognise when their mood is causing them difficulties. As some researchers have suggested that as many as half of patients with a bipolar diagnosis can suffer from a lack of awareness of their mental health difficulties, a common fear is that someone who is off their medication will lose the ability to identify when they aren’t well.

To find out how people who stop taking medication manage, we conducted in-depth interviews with ten people with a bipolar diagnosis who had chosen to stop taking their medication for a period.

They told us that the first step they took was to conduct a cost/benefit analysis of the pros and cons of taking medication, and they described keeping this decision under regular review. They then asked themselves if their mood was actually causing them problems or concerns (some people do see positive aspects to experiencing their bipolar moods).

Next they used their past experience to identify practical things they could do to help keep their mood at the level they wanted, or to adjust it if they felt it wasn’t “right”.

People use a wide range of strategies to manage their mood; the people we interviewed talked about more than 50 different approaches ranging from simple things like doing exercise, pampering themselves, talking to (or avoiding) specific friends or family members, to taking time off work, using techniques they had learned from psychological therapy, or even going on holiday or (in one case) moving temporarily abroad.

The important thing for the people we talked to, however, was that the strategies they used had to fit their understanding of themselves, their identity and their goals in life. This was different for each person and each individual needed to identify what worked for them. For some people financial constraints also stopped them using all the strategies they would have liked to.

An alternative for some people experiencing a “high” mood was to take the extra energy it gave them and consciously channel it into something positive, such as their work or a hobby or project.

However, some people we talked to suggested that just “going with” a high mood could make things worse. They worked to manage high moods by identifying people close to them who could provide them with an objective view of how they were behaving – someone around to “check in with”. These people could also help those with bipolar work out whether the strategies they were using were working.

These frequent evaluations were another important factor for those managing without medication. If the strategies they had been using were not working, people initially tried to find better ways to adjust their mood. However, if things were getting bad, then they might instead stop trying to change their mood and just withdraw from their normal daily activities (and perhaps take time off work) until their mood settled. Some also turned to friends or family for practical support and advice, and some would also consider a temporary return to using medication.

The need for collaborative care

The conversations with our participants highlighted two key things. The first was that far from showing a “lack of insight”, the people who talked to us described careful, well-reasoned and considered decision making around stopping their medication. The approach to managing moods they all described was also in stark contrast to the usual approach taken by mental health services to people with a bipolar diagnosis.

Services tend to focus heavily on medication prescription, and while some psychological therapies are available to help people manage low mood, it has been suggested that talking therapies should target improving people’s compliance with taking medication.

Research, such as the recent review, seems to be pointing to the ineffectiveness of medication for most people with a bipolar diagnosis, we would argue that services could better use their resources by working with patients in a collaborative way, helping them identify and supporting them in implementing whichever strategies (which might include or exclude medication) work best for them personally in managing their moods and helping them live fulfilling lives.

People with bipolar disorder may respond best to treatment that fits in with their individual needs. [Image: Bigstock]