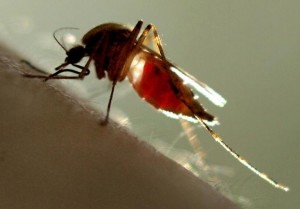 Natural insect repellents that bite back

Bug bites can turn a dream holiday into a nightmare. But the problem is that in order to stop the bugs biting we have been led to believe that we need to use very strong, and very toxic pesticides.

Peruse the shelves of any pharmacy and you will see that most insect repellents, even the ones that claim to be natural, contain one of two pesticides: DEET or permethrin.

DEET (N,N-diethyl-meta-toluamide) is known as the ‘gold standard’ for insect repellents, but it is also highly toxic and not really suitable for children or pregnant women.

It has been in use since 1957 and is found in most of the commonly used repellents to ward off mosquitoes. In 2009, French researchers, reviewed the evidence of DEET’s toxicity in mammals. They concluded that DEET works in the same way as paralysing nerve gases used in warfare and  more investigations are needed to discover any potential neurotoxicity to humans.

Adverse effects of using DEET are well documented and include neurological effects such as slurred speech, tremors, restlessness, irritability as well as eye and skin irritation. Fatalities have even occurred with overuse of this pesticide.

DEET’s active ingredient is also a strong solvent that not only accounts for its unpleasant smell, but can damage plastic spectacle frames, watches, wood finishes and synthetic materials.

Another common pesticide, permethrin (synthetic pyrethrum), is a known neurotoxin that produces symptoms similar to those of DEET and also DDT. While DEET works by confusing chemoreceptors in the mosquito that help it hone in on its prey, permethrin disables their nervous systems causing death.

Both DEET and permethrin have been implicated in the disabling symptoms of Gulf War veterans.

Some might reason that the risk of disease outweighs the risk from the pesticides. And while this may well be true for intrepid explorers venturing into highly malaria-infested jungles DEET- and permethrin-containing insect repellents are simply unnecessary in more ‘civilised’ holiday destination like Spain and Greece.

Crucially research shows that some mosquitoes in the wild are becoming resistant to permethrin and to DEET and can pass this immunity on to their offspring.

Many books on aromatherapy recommend that essential oils, particularly citronella and eucalyptus (used alone or mixed with other oils such as geranium and palmarosa) can be used to stop pesky mosquitoes biting.  Studies of essential oils and their constituents confirm that they can be surprisingly effective.

In fact a study Thailand in 2001 found that several essential oils including citronella, turmeric and basil (especially with the addition of 5 per cent vanillin, derived from vanilla) repelled three different species of mosquito (both day-biting and night-biting) for eight hours – making them as effective as conventional repellents made with the insecticide DEET.

Ironically, the discovery of DEET was prompted by a World War II shortage of citronella, DEET’s most widely used predecessor.

Citronella (Cymbopogon nardus) is derived from lemongrass and is a common ingredient in natural or herbal mosquito repellents. It is registered with the US EPA as an insect repellent and it is claimed to be very effective at repelling insects, though research findings are mixed.

Today some natural insect repellents contain quantities of citronella and chemists may also sell citronella candles to burn out of doors to keep the bugs away. These can be effective. One study from  the University of Guelph in Ontario, Canada in 1996 comparing the use of citronella candles and incense to plain candles or no candles, found that the reduction in bites with the fragranced candles and incense was 42.3 and 24.2% respectively.

Other studies have found “essentially no repellency” when testing commercial citronella products. This may be because citronella’s effect do not last as long as those of DEET. In addition, many studies compare single doses of substances, whereas natural insect repellents – which not only don’t contain pesticides but don’t contain other chemicals that ‘stick’ the active ingredients to the skin – should generally be reapplied more frequently.

Tests by manufacturers of citronella products, confirm this and in addition show that, with citronella, repellency is probably greatest in the first 40 minutes after application.

There is evidence that components in eucalyptus oil (in particular the compounds p-menthane-3,8-diol and eucamol) are as effective as DEET and in some cases more effective.

Like citronella, eucalyptus should be reapplied regularly to maintain protection.

Both Citronella and eucalyptus have a strong smell that is believed to confuse mosquitoes’ delicate sense of direction and taste, making it difficult for them to find a host. Both these plants have the added bonus of doubling, up as an antiseptic after bites.

Neem (Azadirachta indica), a herb used in Ayurvedic medicine, is the newest addition to the range of natural insect repellents. However only a few studies have shown its efficacy.

Other volunteers, protected by netting, stayed up with a vacuum gun collecting the mosquitoes on each of the volunteers could be collected as they landed and counted in the morning.

Those who were covered with the coconut oil and neem lotion were completely free of mosquito bites while the control group was subject to several hundred bites.

Another study of the neem/coconut oil mix also found it provided 96-100% protection against several different species of mosquito.

This product, which also contains geranium essential oil and coconut oil has been available in the UK and US for several years.

A study in the New England Journal of Medicine study found that Bit Blocker provided more than 90 minutes of protection against mosquitoes. As with other natural insect repellents soybean oil mixtures have a shorted lasting action than DEET – but then they are also safer and can be used by the whole family.

Lemongrass mixed in soybean oil has proved particularly effective at warding off several species of mosquito.

You can of course make your own oil based repellents using soybean oil and essential oils and these have the extra benefit of helping to keep you skin moisturised.

You can  cope with mosquitoes without resorting to poisons. As with most things, success against may be the result of several actions at once because, in truth, science does not fully understand what makes mosquitoes bite. So in addition to sprays and lotions containing essential oils try a bit of evasive action.

There is some evidence to suggest that mosquitoes are attracted by sweet flowery smells so avoid wearing perfumes, and highly fragranced sunscreens and body lotions.

When mosquitoes are a problem wear long sleeved shirts and pants and keep ankles and feet covered. There is historical evidence to suggest that mosquitoes are attracted to dark clothing, so wearing light coloured clothing may be helpful.

Finally, mosquito nets are also useful but the mesh must be very fine or bugs can get through. When using on a bed it must drop to the floor or be tucked into the mattress to be effective. It is possible to be bitten through a mesh if you sleep up against it.

You can, of course, mix up your own formulations to carry with you on holiday. A good rule of thumb is to make the repellent  5-10% of the mix. that means mixing 1 part essential oil with 10-20 parts carrier oil or alcohol. In a small batch that would translate into:

You can also simply put your essential oils in a spray bottle with water and or alcohol (you can use a high proof alcohol like vodka) . Since oil and water don’t mix remember to shake he bottle before use!

To make a simple spray you’ll need a small spray bottle with a capacity of around 120 ml (4 oz).

Fill this with 90 ml (3 oz) water or a mixture of 45 ml (1 ½ oz) each water and vodka. The extra room in the bottle will help you shake the mixture more effectively

Shake the bottle before use to disperse the oil and mist onto skin and clothing as necessary.