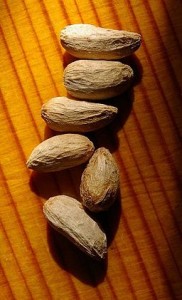 A staple of ayurvedic medicine, modern research is caching on to neem's many benefits [Image: Qniemiec - wikimedia Commons]

In its native India it’s known as “the village pharmacy”.

The ability of neem to treat many illnesses is described in the earliest Sanskrit writings. For more than 4,500 years, Ayurvedic healers have used the bark, seeds, leaves, fruit, gum and oils of the neem tree (Azadirachta indica) for dozens of internal and external medical treatments.

Modern researchers have isolated more than 140 compounds from different parts of the tree; these compounds have been shown, mostly in animal and laboratory studies exert anticancer, antioxidant, wound-healing and antimicrobial properties. Neem is also a powerful insecticide that has become a staple of many natural head lice treatments and mosquito repellents.

In fact Neem’s insecticidal properties make it a useful substance for farmers. Long before synthetic chemicals and commercial insecticides were available, neem was used in Indian villages to protect and nourish crops. Farmers usually mix neem leaves with grain before keeping it in storage.

Eco-friendly pesticides like neem reduce the risk of exposing pests’ natural enemies such as birds and small mammals to food poisoned with commercial pesticides. They also offer the prospect of better food quality as there is no toxic residue in the food. Neem is non-toxic to birds, animals, earthworms and man but protects crops from pests.

As far as human health is concerned, modern research suggests that eczema and psoriasis may also respond to treatment with neem, due to the presence of two anti-inflammatory compounds, nimbidin and nimbin. In one early study these chemicals were found to be at least as effective as both steroidal and non-steroidal creams  in the treatment of inflammatory skin conditions, but without the side effects. Many practitioners report good results using neem as it moisturises and protects the skin while helping to heal the lesions, scaling and irritation. It relieves the itching and pain while reducing the scale and redness of the patchy lesions.

Neem also contains a number of constituents that may be helpful in the fight against cancer.  One study reported how five of those active constituents showed an significant inhibitory effect on the development of melanoma skin cancer.  Another study on the antioxidant properties of neem found that the extract induced apoptosis (cell death) of cervical cancer cells.

Tests in the US have shown that neem is toxic to the herpes virus and can heal cold sores. Neem’s ability to surround viruses and prevent them from entering and infecting cells makes it one of the few agents capable of relieving shingles.

How to use it

Neem can be used in a variety of different ways. Traditionally, the fresh juice has been extracted from the plant and taken medicinally in doses of around 10 to 20 ml (2 to 4 teaspoons) three times per day. You can also take 2 to 4 grams (1/7 to 1/10 of an ounce) of powdered leaf up to times per day.

When using neem oil, always blend with other base oils. Try starting with just a few drops and increase the amount slowly, to no more than 5% of the total blend. For the hair – add to a base oil and leave on the hair for up to 10 minutes, before washing out with shampoo.

A staple of ayurvedic medicine, modern research is caching on to neem's many benefits [Image: Qniemiec - wikimedia Commons]