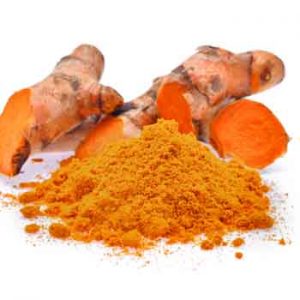 Curcumin, the active ingredient of turmeric, applied topically as a cream or gel may help ease symptoms of psoriasis

Q — I have heard that turmeric can help with control psoriasis. Can you tell me if it is true and what is the best way to take it?

A — Psoriasis is a non-contagious auto-immune skin condition that causes red, flaky, crusty patches of skin covered with silvery scales.

These patches, known as plaque, normally appear on the elbows, knees, scalp and lower back, but can appear anywhere on your body. The disease is more common in adults over 35 and affects women and men equally.

In some cases, the patches can be itchy or sore and can flare up for a variety of reasons, many of which are still not fully understood.

Many people with psoriasis have other inflammatory disorders, such as metabolic syndrome, Crohn’s disease, and cardiovascular disease.

Conventional treatment is usual via topical creams such as coal tar or corticosteroids which can help control the disease but which also may have undesirable side effects, which include burning, atrophy, and staining of skin and clothes. Also many psoriasis treatments are not considered safe for pregnant or breastfeeding women.

Turmeric (Curcuma longa) a member of the ginger family. It’s best known for adding peppery flavour and deep yellow colour to curries, chutneys and mustard. Turmeric has also been used as a healing spice for centuries. It’s popular in both Chinese and Ayurvedic medicine and modern science has found that it has anti-inflammatory, antimicrobial, and antioxidant properties.

Curcumin is the active ingredient in turmeric. It’s thought to be responsible for much of turmeric’s healing capabilities.

There have actually been a few studies looking at topical turmeric creams in the treatment of psoriasis. These studies are usually small but there have been some encouraging results.

The most recent is a 9 week trial by Iranian researchers of 34 people with psoriasis, 14.7% of whom also had metabolic syndrome, and another 11.8% had diabetes. It showed positive results for a curcumin microemulgel – a new type of micro-emulsion that is well absorbed into the skin.

In what was referred to as a ‘proof-of-concept study’ in 2011 curcumin gel was found to relieve psoriasis when combined with:

After 16 weeks, 72% of the participants were no longer displaying symptoms such as red scaly patches, dry, cracked or bleeding skin, itchy or burning skin and swollen joints and stiffness.

Another study in from 2015 looked at the effects of oral curcumin combined with visible light therapy on psoriasis patients. Results showed that the combination might be effective and safe therapy for people with moderate to severe plaque psoriasis. Other trials have suggested that oral turmeric may be less effective. In one 2008 study 12 patients with chronic plaque psoriasis were given 4.5-g curcumin capsules every day for 12 weeks, followed by a 4-week observation period. Only two showed marked improvement. Larger studies could help us to understand the right dose level and true response rate.

Although more studies are needed, research on using turmeric to treat psoriasis is encouraging. There’s the potential for future treatments that may be safer than some of the treatments commonly used for this condition. A number of turmeric containing topical treatments are available over the counter, or you may wish to talk to a qualified herbalist about your options.

Curcumin, the active ingredient of turmeric, applied topically as a cream or gel may help ease symptoms of psoriasis