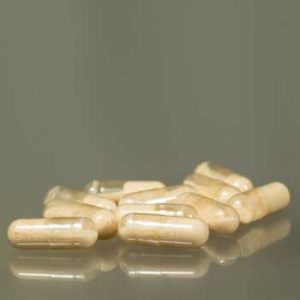 Placebo - not fakery or trickery but more likely an extension of a caring effect. [Photo: Bigstock]

Q – What exactly is the placebo effect and how does it work?

A –  Our editor Pat Thomas has written about the placebo effect in her book What Works, What Doesn’t. Here’s some of what she says:

A placebo is a substance with no (known) medicinal properties which causes a patient to improve because of his or her belief that it will work. When used in drug or other research a placebo is administered to a ‘control group’ – a group of individuals who are receiving non-medical treatment who can be compared to another group, which is receiving genuine, usually experimental, treatment.

The goal of such research is to prove that the experimental treatment is better than taking or doing nothing. However, this is often not the case. When those in the control group experience the same or even better outcomes than those in the experimental group, this is known as the ‘placebo effect’. When applied as a procedure (as in trials with ultrasound, surgical procedures, acupuncture or biofeedback) a placebo is known as a sham treatment.

The placebo effect is particularly significant for those interested in wellness because it reminds us of the power of suggestion and belief – an innate power that can change the way the body functions, and one that is normally only attributed to man-made drugs. Placebos also provide a broad platform from which to construct broader questions about relationships – between the body and the mind, but also between the practitioner and the patient – and how influential these are to health and illness.

The benefits of belief

Conventional medicines, having been tested in medical trials, are supposed to be free from any association with the placebo effect. Yet many scientific trials completely ignore the complexities of the placebo and the possible placebo effect that the simple act of prescribing a remedy or treatment can have on a patient.

For instance, when a doctor can see no clear pattern to an illness he may throw something in the general direction of the patient’s symptoms, if only to reassure the patient that he is doing his best. Even if it is the wrong remedy, the fact of doing something to help may inspire the patient to recover.

Across the country, in fact throughout the world, the overuse of the wrong drugs and procedures in this haphazard way may be concealing a widespread placebo effect – the very thing which serious scientists aim to eliminate when conducting medical trials. The overuse of antibiotics is a good example.

Many doctors continue to prescribe antibiotics for cold and flu, even though these conditions are caused by viruses and cannot be cured with antibiotics (which only work against bacteria). Nevertheless, many people report feeling better after having taken these drugs, and often request them the next time they fall ill with the same complaint.

Not a dirty word

With this in mind it can be difficult to say categorically how much of any drug’s efficacy is down to a genuine pharmacological effect and how much is down to the mutual belief (by doctor and patient) that it might do some good.

The prescribing physician also has a role to play in the placebo effect. When a doctor enthusiastically supports a treatment, the placebo response could be greater than 80%. Similarly studies have shown that the effectiveness of the placebo is increased when both practitioner and patient believe that the treatment will work and in nearly 40% of the time under these circumstances, it will.

The debate on what it is, how it works, when it works, whether it’s ethical and whether there is a difference between “true” and “perceived” placebo effects, ignores the facts – placebo and sham treatments can improve and even cure  30-70% of those to whom they are administered.

Studies have shown that placebos can relive pain, reduce drug use, heal ulcers and more – so placebo certainly shouldn’t be considered a dirty word!

In fact, as one review published in Medical Anthropology Quarterly in 2000, and focusing on the cultural variations in the placebo effect in treating ulcers, anxiety and blood pressure, concluded, “placebo healing is the ultimate and inescapable ‘complementary medicine’”.

Many scientists believe placebos work by exerting a systemic effect, such as releasing natural morphine-like substances that circulate throughout the body. While this may be true, placebos can also have extremely specific effects. In one famous anecdote 13 people extremely sensitive to poison ivy were rubbed on one arm with a harmless leaf, and told it was poison ivy. The other arm was rubbed with poison ivy, and they were told it was harmless. All 13 developed a rash where they were rubbed by the harmless leaf, while only two reacted to the poison ivy leaf.

Another theory is that placebos somehow stimulate the secretion of small brain peptide messengers like endorphins that have strong effects on mood and sensitivity to pain.

Although there are no measurements to confirm this, support comes from the observation that placebo pain relief can be diminished by the administration of naloxone, a drug that blocks opiate effects and also reduces the analgesic response to acupuncture.

Stimulation of endorphin secretion alone, however, would not explain all the wide-ranging benefits of placebos. The common denominator appears to be the belief, faith and/or expectation of a favourable outcome.

In addition, stress can contribute to or aggravate the course of almost any illness. Placebos can provide a sense of control for many, which can reduce stress and create a more positive outlook. What is more, the resultant expectation of a positive outcome may translate into genuine benefits.

Finally, there is what is called the “caring effect” – though some argue this is not a true placebo effect. Some doctors believe there is no difference between placebo and no treatment. Others believe that placebo barely differs from what one paper published in the Lancet called “caring effects” – a form of active treatment, the effect of which can be measured.

For instance caring about, as well as for people with chronic arthritis can reduce pain and substantially improve mobility – reducing the individual’s need for pain relieving drugs and also the cost of treatment (both in financial terms, and in terms of potential adverse effects).

After an observational study suggested that twice-weekly telephone contact helped people with osteoarthritis, a controlled trial was done to assess the effectiveness of monthly telephone contact for one year. People with symptomatic osteoarthritis fared better than those who had no support, showing significant improvements in pain, physical disability and psychological disability. Other studies show that a regular telephone call may be as beneficial as clinic visits, particularly for the elderly.

Randomised trials of emotional support given to women in labour have been shown to reduce caesarean rates, and labouring women who have good emotional support are also less likely to need pain-relieving drugs. Likewise, extra time spent with an anaesthetist before an operation discussing pain and pain relief can lessen post-surgical pain and shorten hospital stays; and a patient whose doctor has taken the time to talk about headache pain, its nature and its relief is likely to respond better to whatever treatment is offered.

Such discussions are becoming increasingly rare in the cause and effect cattle market of today’s clinics and hospitals. But as the authors suggested: “To account for clinical improvement solely by placebo effects (as simplistic interpretation of controlled trials might easily do) is an insult to the importance of caring. It diverts attention from the fundamental need always to provide optimum caring as a necessary basis for technical intervention. These are caring effects, and so they should be called.”

Placebo - not fakery or trickery but more likely an extension of a caring effect. [Photo: Bigstock]