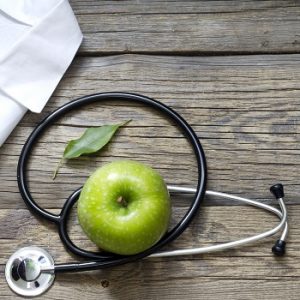 The use of complementary and alternative medicine (CAM) has become more popular and accepted in Europe, according to a new study. [Photo: Bigstock]

Natural Health News — The use of complementary and alternative medicine (CAM) has become more popular and accepted in Europe, according to a new study.

The Finnish researchers collected data from more than 20 countries, with approximately 40,000 respondents participating in their study. This makes this one of the largest studies into CAM use ever.

Used by one in four

» A large study of the use of complementary and alternative medicine (CAM) use in Europe has shown that natural therapies continue to be popular amongst EU citizens.

» CAM therapies are most often used for hard-to-treat ailments such as headaches, back pain rather than health maintenance.

» Use of CAM varies widely from country to country but is most popular in areas where it is supported by health insurance and in countries that are more multicultural.

» Previous studies have shown that the most frequently used CAM treatments in Europe are herbal medicine, homeopathy, chiropractic, acupuncture and reflexology and massage.

According to the findings, one in four people in the study population had used complementary and alternative treatments in the past year. The most commonly used forms of treatment were massage (12%), homeopathy (6%), osteopathy (5%) and herbal remedies (5%). Most subjects had experienced only one treatment form.

The study, published in the Scandinavian Journal of Public Health, also revealed that women and those with higher education use complementary and alternative medicine more often than others.

It found that complementary and alternative medicine is being used in connection with various health problems, particularly in situations where help provided by conventional medicine is considered, by the patient, to be inadequate.

For that reason ailments such as headaches, back pain and other vexing conditions are popular reasons why Europeans turn to alternative forms of treatment.

“We also found that alternative and complementary medicine was used primarily in a complementary manner, or together with conventional medicine.” says Teemu Kemppainen, a researcher at the University of Helsinki.

“This should be kept in mind both in practical patient care and public discourse, where these treatments are often framed as an alternative to conventional medicine” he adds

The prevalence of treatments varied greatly between the countries in the study. In Germany, nearly 40% of the study population had used complementary and alternative forms of treatment, whereas in Hungary the corresponding share was 10%. In Finland and Estonia, 35% of respondents had used these forms of treatment.

Culture also played a part. In large multicultural countries, such as France and Germany, the use of different CAM modalities is widespread, whereas this is not the case in the more homogeneous Nordic countries.

“The differences are partly explained by the fact that in some countries these treatments are covered by insurance. Some countries also train general practitioners in complementary medicine,” notes Kemppainen.

Previous studies have shown that the most frequently used CAM treatments in Europe are herbal medicine, homeopathy, chiropractic, acupuncture and reflexology. Massage is also a popular treatment.

The use of complementary and alternative medicine (CAM) has become more popular and accepted in Europe, according to a new study. [Photo: Bigstock]