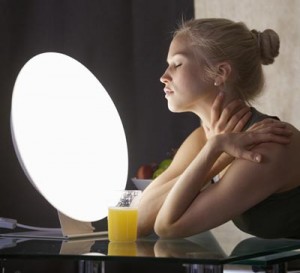 Millions of people suffer from winter depression, but symptoms can be managed naturally

While the concept of a ‘winter depression’ was met with scepticism when it was first mooted in the early 1980s, it is now a widely accepted fact.

Known formally as Seasonal Affective Disorder (SAD), it is a condition characterized by autumn and winter depressions, alternating with non-depressed periods in spring and summer. During their winter depression, SAD sufferers experience symptoms of sleep problems (tired in day and sleepless at night), loss of libido, general fatigue, carbohydrate craving, overeating, weight gain and oversleeping on top of the emotional experience of depression.

It is thought to affect 2 million people in the UK, 12 million across Europe and around 10 million in the US.

Several factors can increase you risk of SAD, including:

An extreme form of normal

SAD undoubtedly makes coping in winter all the more difficult. But new evidence suggests that SAD may simply be an extreme manifestation of what all of us experience in the winter. Studies show that increased weight, appetite and carbohydrate craving in autumn and winter are common among the general population. So are changes in both mood and behaviour.

It may even be that the symptoms of SAD are a form of primitive protection.

In our caveman past, semi-hibernating when there wasn’t much food around could have been a useful way of getting through winter. Even now, having a natural low, especially in winter, may be important for recharging our batteries and enabling the natural ‘high’ that is a common experience in spring and summer.

The role of melatonin

SAD sufferers have unusually high levels of melatonin – a hormone that regulates our sleep-wake cycle. Production of melatonin is highest at night or when it is dark and in SAD sufferers the shorter days and longer nights of winter can lead to an increased urge to sleep and/or a reduced desire to interact with others.

Melatonin production generally decreases with age, but the elderly do experience pronounced seasonal shifts and SAD may worsen with age. SAD is also significantly more prevalent in northern regions where daylight hours are generally shorter. In fact, the nearer you live to the North Pole the more common it is.

There is some evidence that SAD symptoms stem from daily body rhythms that have gone out-of-sync with the sun. A change in the season may change the level of melatonin in your body. Well timed supplementation with melatonin – for SAD sufferers who suffer disrupted sleep during the winter, this means in the afternoon – may help.

Moving to a sunnier climate can also help, though it’s not a solution all of us can afford!

Turn on the light

In which case try bringing the light to yourself.

At the turn of the 19th century 75% of people worked outdoors, whereas now only 10% work in natural light. Based on this principal, Light therapy (LT), which uses special light bulbs giving natural spectrum UV light has been developed and has been shown to be beneficial.

In light therapy, also called phototherapy, you sit a few feet from a specialized light therapy box so that you’re exposed to bright light. Light therapy mimics outdoor light and appears to cause a change in brain chemicals linked to mood.

Light therapy is one of the first line treatments for seasonal affective disorder. It generally starts working in two to four days and causes few side effects.

A ‘dose’ of bright artificial light, whether taken in the morning or at night,  has also been shown to reverse the symptoms of SAD, including carbohydrate craving 65 and early morning exposure to light appears to be more effective than exposure late in the day.

St John’s wort (Hypericum perforatum) an be useful for many types of depression. It was found to be effective for treating SAD in a single-blind study. In this 4 week-long study a daily dose of 900 mg of hypericum was associated with a significant reduction in symptoms of depression. This trial also showed St John’s wort was well tolerated and better tolerated than anti-depressants. A 1997 study came to similar conclusions.

St John’s wort can be taken as an infusion, tincture or capsules. It can interact with certain prescribed medication, including the birth control pill, so if you are already on medication consult a qualified herbalist before taking St John’s wort.

There’s no reliable way to prevent SAD, but symptoms can be managed and this in turn can prevent them from becoming worse over time.

Whichever way you choose to manage it it can be beneficial to start in the fall or winter, and then continue treatment past the time symptoms would normally disappear.

Get outside. This is vital we all need daily exposure to natural light. Find your local park and make use of it, walk to and from public transport to ensure you get your dose of natural light.At work make sure you take a walk at lunchtime, or eat outside when you can.

Make your home environment brighter. Let the light in by opening curtains and blinds. When you can sit closer to windows while at home or at work.

Exercise regularly. Physical exercise helps relieve stress and anxiety, both of which can increase seasonal affective disorder symptoms. Instead of exercising in the gym, take your exercise outdoors – it’s been shown to improve mental health.

Try SAMe. Supplements are a synthetic form of a chemical that occurs naturally in the body. The body uses SAMe (s-adenosylmethionine) to make chemicals in the body that play a role in pain, depression and other conditions. Some people report SAMe is useful for winter depression and there is research to back its use in treating depression

Check your diet. In particular watch you intake of stimulants such as caffeine which can aggravate symptoms of SAD. Stick to healthy herbal teas and a diet based on fresh foods and wholegrains

Try therapy. Don’t discount a mind-body connection. Although SAD is believed to be a disorder related to brain chemistry, stress, anxiety and ingrained behaviours can exacerbate symptoms. Counselling and psychotherapy can help you identify and change negative patterns that may be making you feel worse. Other mind-body therapies that may help include acupuncture, yoga, meditation, guided imagery and various types of massage therapy.

Millions of people suffer from winter depression, but symptoms can be managed naturally