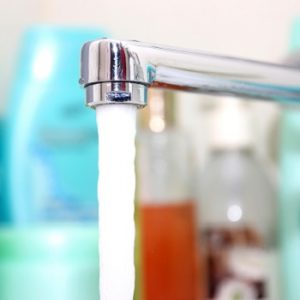 The study also followed approximately 700,000 men and women over seven years and registered about 5,500 hip fractures among men and 13,600 hip fractures for women in this period.

The results, published in the journal Bone, found that where the water was naturally higher in magnesium it had a protective effect against hip fracture for both men and women. Surprisingly, the study did not find a link between calcium in drinking water and the number of hip fractures suffered even though calcium is often associated with bone strength.

The researchers say this is the first time the link between calcium/magnesium and hip fractures has been looked at this way.

Many factors influence the development disease, such as smoking, height and weight, physical activity and diet, and the amount of vitamin D intake. However, these factors explain only a small part of what we call risk of hip fracture. (For more see our feature How to prevent brittle bones).

According to the Norwegan researchers there may be an as yet unstudied component in drinking water that boosts the beneficial effect of magnesium. Likewise, they found that a people living in highly urbanised areas were more prone to an increase in hip fracture risk, by about 24%, regardless of calcium and magnesium.

“More research is needed to get a more reliable result of the relationship between drinking water and hip fractures and to get a better picture of the biological mechanism in the body,” says co-author Cecilie Dahl, a research fellow at the Norwegian Institute of Public Health.

Calcium and magnesium are features of ‘hard water’ areas – often associated with mineral build up or limescale in pipes and taps.

Researchers have studied water hardness and cardiovascular disease mortality. There is some evidence that people who live in hard water areas may be at lower risk of cardiovascular disease. In particular, and in common with the present study, water high in magnesium may be cardioprotective.

This research suggests that it is conceivable that enriching drinking water magnesium may reduce the number of hip fractures.

To produce good drinking water, soften water and to prevent corrosion, many water utility companies throughout the world add lime to the water supply. This makes drinking water less acidic, but also adds calcium is added to the water as a by-product.

“Perhaps water utility companies should use dolomite in addition, or as an alternative, to lime. Dolomite contains both magnesium and calcium, while lime contains only calcium carbonate,” says Dahl.