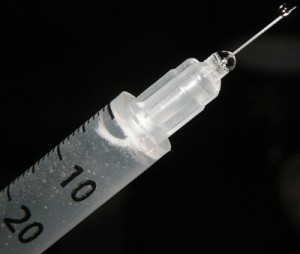 Natural Health News — An Italian court has ruled there is a link between the  MMR vaccine and autism.

In what may be a ground-breaking decision, the Italian Court of Rimini has ruled that causation between an MMR vaccine and the resulting autism in a young child “has been established.”

The unnamed child received the vaccine in March of 2004 and on returning home immediately developed adverse symptoms. During the next year the child regressed, receiving the autism diagnosis one year later and is now 100% disabled by the disease.

The Italian court ruled that the child “has been damaged by irreversible complications due to vaccination (prophylaxis trivalent MMR)” and ordered the Ministry of Health to compensate the child with a 15 year annuity and to reimburse the parents of their court cost.

The judgement can be found in full  here and the original news report in Italian appears here. A rough Google translation appears here.

The case is expected to go to appeal as authorities are concerned it may set a legal precedent.

Not the first judgement against the vaccine

This, however, is the second recent judgement to come to this conclusion. Earlier this year a US court also ruled that the MMR (measles, mumps, rubella) vaccine can cause autism.

In a ruling that was kept very quiet in the press, the US Court of Federal Claims has conceded that the mercury-based preservative thimerosal, which was in vaccines until 2002, caused autism in the case of one child.

The ruling was just one of 4,900 cases currently being considered for compensation payments. Health officials are concerned that it could open the floodgates for even more claims.

The ruling, made by US Assistant Attorney General Peter Keisler, was made last November, and was one of three test cases into the MMR-autism link that was being considered by a three-member panel, which Keisler chaired.

The case involved a child who received nine vaccinations in July 2000, when she was 18 months old. Two of these contained thimerosal.  Within days, the girl, who had previously been healthy, began to exhibit loss of language skills, no eye contact, loss of response to verbal direction, insomnia, incessant screaming, and arching.

A diagnosis of autism was confirmed seven months later.

In its defence, the US government claimed the girl had a pre-existing mitochondrial disorder that was aggravated by the vaccine. However in his conclusion, Keisler said that “compensation is appropriate”.

Too much heat, not enough light

Both findings would appear to support the controversial findings of Dr Andrew Wakefield who, in 1998 published an article in the Lancet suggesting a link between the vaccine and autism.  Official reaction to the paper was of such force and such outrage that the Lancet withdrew the paper on the grounds that it was scientifically unsound.

Wakefield has been in a battle for his professional reputation ever since and the question of the proposed link between the MMR vaccine and autism has been largely sidelined (though not solved) by bitter and very public professional rows that have done little to bring clarity to concerned parents.