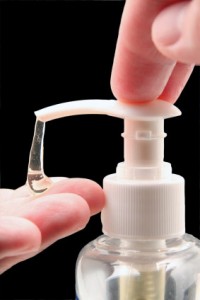 Cosmetic preservatives could cause eczema and more, experts warn

Natural Health News — Two chemicals in cosmetics and toiletries could cause an eczema epidemic, dermatologists claim.

The preservatives, methylisothiazolinone (MI) and methylchloroisothiazolinone (MCI) are often used in combination and are commonly found in shower gels, wipes, suncreams, deodorants, hand lotions and even washing-up liquids. They also have multiple industrial uses. They can be highly irritating and because of this are thought to be behind the observed rise in skin reactions to these products.

Some researchers have suggested that allergies to these substances has reached epidemic proportions.  The British Society of Cutaneous Allergy (BSCA) wants ‘immediate’ action to protect consumers against MI and MCI.

“Across the large patch test centres in the UK, data suggest that rates of allergy to these two preservatives are now nearing 10% – and in some cases higher – this is clearly far too high and is an unacceptable situation,” said David Orton, president of the BSCA. “The last time a preservative had this type of effect it was banned by the EU.”

Dr John McFadden, a consultant dermatologist at St Thomas’ Hospital in London, is quoted by the Daily Mail as saying: ‘We are in the midst of an outbreak of allergy which we have not seen before in terms of scale in our lifetime.

‘Many of our patients have suffered acute dermatitis with redness and swelling of the face. I would ask the cosmetics industry not to wait for legislation but to get on and address the problem before the situation gets worse.’

The British Association of Dermatologists will discuss the issue this week.

While most of the media coverage on this issue has suggested that MI and MCI are relatively new preservatives this is not so. They have been in use for nearly 30 years.

After parabens MI and MCI are the most common cosmetic preservatives. Used together they are sometimes listed  on labels as Kathon CG. Like parabens they have long been known to be contact allergens. But the potential problems with them don’t end there.

In 1996, not long after this combination began to be used widely in cosmetics, a study from the University of Texas Health Science Centre found that Kathon CG was also mutagenic, in other words capable of causing genetic mutations.

This study was the first to test commercially available products containing this preservative combination and the researchers noted that when a product is both a sensitiser and a mutagen then it also has the potential to cause cancer and that “more adequate testing for its cancer-causing potential is needed.”

Since then laboratory studies have found that MCI is also a neurotoxin.

In 2004, the European Scientific Committee on Cosmetic Products and Non-Food Products Intended for Consumers (SCCNFP) suggested that companies limit the maximum concentration to 0.01% (100 ppm).  However, US companies are not required to follow this guideline.

MI, which is registered with the US Environmental Protection Agency as a pesticide, is also neurotoxic. A study at the Pittsburgh School of Medicine concluded that “Prolonged exposure to low levels of MIT and related compounds may have damaging consequences to the developing nervous system.”

Dermatologists are calling for cosmetic companies to use less of these substances. But really, like parabens, shouldn’t we be looking to simply ban them?