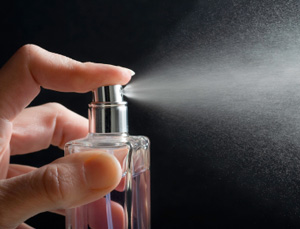 Phthalates are used in some cosmetics and personal care products to 'fix' the scent, making it more long lasting

Natural Health News — A new study suggests that exposure to phthaltes – found in plastics and many personal care products – is associated with reduced fertility and a poorer response to IVF treatment.

The US study followed the progress of 231 women scheduled for IVF at the Massachusetts General Hospital between 2004 and 2012. Uurine samples were taken at the start of and throughout treatment and analysed for metabolites (breakdown products) of four common phthalates.

The presence of these metabolites was then measured against three markers of response to IVF: the number of eggs produced following ovarian stimulation, embryo development, and implantation failure.

Phthalates were detected in almost all the women, reflecting the widespread level of exposure but beyond that the study also found that:

According to lead author Dr Irene Souter of Massachusetts General Hospital and Harvard Medical School in Boston, the results “support the hypothesis” that phthalates are widespread in the environment and may well have an adverse effect on female fertility, particularly when tested in the model of IVF.

The study was published as an abstract for the recent European Society of Human Reproduction and Embryology conference in London.

Phthalates are a family of synthetic chemicals used in a wide variety of consumer products.

Studies show that they are hormone disrupters and that they have adverse effects on reproductive health and development, particularly in males. As such, they are one of several types of environmental chemicals linked to a general decline in fertility.

Some phthalates such as Di(2-ethylhexyl)phthalate (DEHP) are used in polyvinyl chloride (PVC, vinyl) plastics to soften them. PVC is used in the manufacture of building materials, vinyl household and industrial products, medical tubing, and blood storage bags.Others such as diethyl phthalate (DEP) are used in a wide variety of personal care products, where they are added to maintain scent and colour, while some like dibutyl phthalate (DBP) are used mainly in nail products.

In 2012 a survey of US gynaecologists and obstetricians showed that doctors routinely fail to warn pregnant women about the risks of environmental chemicals such as phthalates.

“We are all primarily exposed to phthalates through inhalation and ingestion,” Souter explained. “It is extremely difficult if not impossible to avoid exposure to phthalates, since they are in so many products.”  However, she added, exposure can be reduced by the following:

Phthalates are used in some cosmetics and personal care products to 'fix' the scent, making it more long lasting