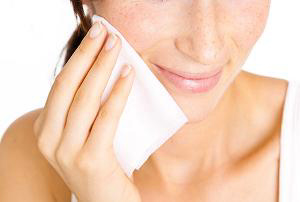 Wipes may be convenient, but they are often laced with preservatives that can cause allergies

Got an itch? Those ‘handy’ wipes could be to blame

Natural Health News — More and more people are developing an itchy, painful rash in an effort to stay clean.

According to an internationally renown dermatologist at The Ohio State University Wexner Medical Center – a common preservative, MIT (methylisothiazolinone), used in many types of pre-moistened wipes, is linked to a dramatic rise in allergic reactions.

“In the last two or three years, we’ve suddenly seen a big increase in people with this type of allergy,” said Dr. Matthew Zirwas, director of the contact dermatitis centre at Ohio State’s Wexner Medical Center. “For some patients, their rash has been unexplained and going on for years.”

“Concentrations of the preservative have increased dramatically in some products in the last few years, as manufacturers stopped using other preservatives like paraben and formaldehyde,” Zirwas noted.

The irritated skin can be red, raised, itchy and even blistery, appearing much like a reaction to poison ivy. The three most common areas affected by the allergic reaction include the face, from using soaps and shampoos, the fingers and hands, from handling the wipes, and the buttocks and genitals from using moistened flushable wipes.

In a video about the problem, produced by Ohio State University, Julie Omiatek, an Ohio mother of two, says it took a year to figure out her allergy. All that time, she endured rashes on her hands and face.

“I tried to look for patterns and I journalled every time I had a flare-up,” Omiatek said. “My allergist referred me to Dr. Zirwas’ clinic and, lo and behold, it was a preservative in the baby wipes I was using. I was really surprised, because I thought that the allergy would have appeared with my first child.”

“If someone suspects an allergy to moistened wipes, they need to stop using them for at least one month. A week or two isn’t enough time,” Zirwas recommends.

Zirwas is well-known in the US a ‘dermatologist detective.’

He has spent nearly 10 years sleuthing out the causes of mysterious rashes that others can’t solve. Over the years, he has identified allergies to shoe glue, hot tub chemicals, nickel in food, even a chemical in escalator hand rails. Patients have travelled from all over the country to have him diagnose their skin allergies.

Zirwas says it isn’t clear how many Americans might react to MIT but, he says, manufacturers are aware of the growing allergy problem and the race is on to find alternatives.

‘Allergen of the year’

MIT was named 2013 Allergen of the Year by the American Contact Dermatitis Society.

In the EU, in July of that year, the British Society of Cutaneous Allergy (BSCA) demanded ‘immediate’ action to protect consumers against MI and a related compound methylchloroisothiazolinone (MCI).

By December, following discussions with the European Society of Contact Dermatitis (ESCD), Cosmetic Europe had issued an urgent statement that the use of MIT in leave-on skin products such as deodorants, suncreams, hand lotions and wet wipes be immediately discontinued (see our editorial  Another toxic cosmetic ingredient bites the dust).

Conventional alternatives by all accounts are still a long way off. But what this story doesn’t say is that MIT is not necessary, merely common.Consumers wishing to avoid MIT and related compounds should consider opting for organic toiletries, as organic standards, while allowing use of safer preservatives, prohibit the use of this chemical.

Wipes may be convenient, but they are often laced with preservatives that can cause allergies