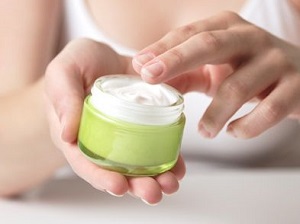 Could parabens harm your unborn baby?

The placenta is the organ that supplies a growing baby in the womb with blood and nutrients, but also acts as a ‘barrier’ to keep toxins away. The new research is concerning because parabens are hormone disrupters, with implications for human growth and development.

» Parabens are preservatives used widely in cosmetics and toiletries.

» They are easily absorbed through the skin and are known to be hormone disrupting.

» New evidence suggests that once absorbed into a pregnant woman’s system they can cross the placental barrier and reach her unborn baby.

» Animal evidence shows that fetal exposure to parabens can cause reproductive abnormalities in males.

The most common paraben found in consumer products is methylparaben, but data on whether this and other commonly used parabens can cross the human placenta is scarce.

In this study from the Journal of Exposure Science and Environmental Epidemiology, 50 women and their unborn babies were studied. Blood was drawn from the mothers and, to assess fetal exposure, from the umbilical cord.

In 45 cases methylparaben was found in the same mother-baby pair; of these, the fetal level was higher than the maternal level in 23 (51%).

For butylparaben, only 4 mothers (8%) showed detectable levels, whereas 8 cord blood samples (16%) were positive. African-American mothers and infants were more likely to have higher detectable levels.

The results of this study are important because previous animal data has associated parabens exposure in the womb, and from breastfeeding, with abnormalities in male offspring.

Maternal exposure to butylparaben during pregnancy, for example, has been shown to result in reproductive disorders in male offspring.

Whether the effects resulted from butylparaben crossing the placenta during gestation or passing in milk during suckling, or a combination of both, is unknown. However, other evidence shows the sensitivity of early postnatal male rodents to the development of reproductive disorders when exposed to butylparaben via a dietary route.

Easily absorbed through the skin, too

Parabens are easily absorbed through the skin and more studies are needed to understand whether similar consequences might result from using parabens-containing products on newborns.

This is an important question because parabens are used in an extensive array of baby wipes and baby creams where the products would be left on the skin of the genital area of baby boys, allowing for absorption and accumulation (especially following skin abrasions from nappy/diaper rash) into underlying tissues of the reproductive organs throughout this sensitive time when an infant’s body is growing and changing rapidly.