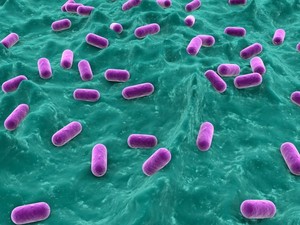 Natural Health News — Giving an infant a probiotic during the first three months of life appears to reduce the onset of colic and other gastrointestinal disorders and result in lower healthcare costs.

Infant colic, acid reflux and constipation are the most common gastrointestinal disorders that lead to a pediatrician referral during the first six months of life. They are often responsible for hospitalization, feeding changes, use of drugs, parental anxiety and loss of parental working days, according to the study background.

The study, which was published in JAMA Pediatrics, comes swiftly after a  2013 analysis of trials of probiotics for colic in the same journal. That study looked at 12 studies – half of which found benefit and half of which did not. The authors of the analysis concluded that there was still not enough evidence to give a “definitive answer” about whether probiotics are an effective treatment for colic and excessive crying in babies.

Adding to the evidence

In the current study, Italian researchers, from the Aldo Moro University of Bari, Italy, randomised 554 newborns in nine paediatric units in Italy to receiving oral drops of the probiotic Lactobacillus reuteri DSM 17938 (L reuteri DSM 17938) or placebo for 90 days.

The probiotic was delivered in a mixture of pharmaceutical-grade sunflower and medium-chain triglyceride oils supplied in a dark bottle fitted with a dropper cap. Five drops daily delivered 100 million viable organisms.

Parents were asked to record in diary entries the number of vomiting episodes and emptying of the bowels, the duration of inconsolable crying and the number of paediatrician visits. Change in daily crying time, vomiting, constipation and the cost benefits of probiotic supplement use was measured during the three month period.

At three months of age, the babies in the probiotic group cried half as much each day (38 vs. 71 minutes). There was significantly less vomiting with the probiotics (2.9 vs. 4.6 per day) and the infants receiving probiotics were also less constipated. Probiotic use also a cost effective option. Over the course of the study it saved families  £73 ($119) , and the community £86 ($141), over the cost of conventional treatment for colic.

“Driving a change of colonisation during the first weeks of life through giving lactobacilli may promote an improvement in intestinal permeability; visceral sensitivity and mast cell density and probiotic administration may represent a new strategy for preventing these conditions, at least in predisposed children,” the authors conclude.

This study was supported by BioGaia AB, Sweden, which provided active study product and placebo.