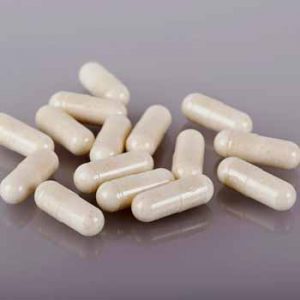 Supplementing with probiotics can help you cope better with stress and anxiety. [Photo: Bigstock]

Natural Health News — If you are feeling stressed don’t reach for the tranquilisers, try probiotics instead.

The review, published in the Journal of Alternative and Complementary Medicine, reviewed the results of seven high quality studies which examined symptoms in over 300 healthy volunteers both before and after supplementation with a probiotic.

According to the Australian researchers from Griffith University in Queensland interest in the gut–brain axis, and emerging evidence of a direct connection between the gut and the brain (known as the gut-brain axis) and the recent findings that intestinal microbiota can influence central nervous system function, led them to look further into the evidence around probiotic supplements and their effect on mood and psychological symptoms such as depression and anxiety.

» Research is now showing that there is a direct connection between the gut and the brain.

» This review looked at how supporting the gut through probiotic supplements might affect symptoms of anxiety and stress.

» In otherwise healthy people who were stressed or anxious, the researchers found a statistically significant improvement in symptoms in those who took probiotics.

The subjects in these studies were otherwise healthy individuals suffering from stress and anxiety. According to lead author Dr Natalie Colson, more studies need to be conducted to determine if the consumption of probiotics could also assist with symptoms of diagnosed clinical depression.

“We don’t know yet how far this could be used in the treatment of depression, however the gut microbiome presents as a potential target for the treatment of cognitive and mood disorders. But it does appear that generally healthy people who are going through stressful periods could certainly benefit from adding probiotics to their diet.”

Supplementing with probiotics can help you cope better with stress and anxiety. [Photo: Bigstock]