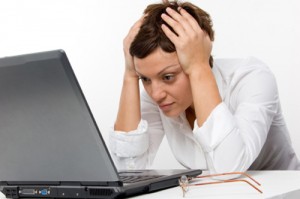 Natural Health News — Being cut off from work email significantly reduces stress and allows employees to focus far better, according to a new study.

Researchers at the University of California at Irvine and from the US Army tested the impact of email overload on 13 people in a suburban office setting.

Heart rate monitors were attached to computer users, while software sensors detected how often they switched windows. People with email switched windows an average of 37 times per hour. Those without changed screens half as often – about 18 times in an hour.

Multitasking is bad for the heart

Importantly, those who checked their emails more frequently were physiologically in what the researcher called a steady “high alert” state, with more constant heart rates. Those removed from email for five days experienced more natural, variable heart rates. Variable heart rate is a sign of good heart health.

The study was funded by the Army and the National Science Foundation. Participants were computer-dependent civilian employees at the Army’s Natick Soldier Systems Center outside Boston. Those with no email reported feeling better able to do their jobs and stay on task, with fewer stressful and time-wasting interruptions.

Speaking at the at the Association for Computing Machinery’s Computer-Human Interaction Conference in Austin, Texas, co-author of the study, UCI informatics professor Gloria Mark noted, “We found that when you remove email from workers’ lives, they multitask less and experience less stress”.  A five day break from email stress saw the heart rates of the participants return nor a normal state of variability.

Mark said the results suggested that “Email vacations on the job may be a good idea” and that the findings could be useful for boosting productivity. The only downside to an email vacation, she said, was that it was linked with feeling ‘somewhat isolated.”

The illusion of control

The problem of email stress has been noted in other studies. In 2007 a University of Glasgow study concluded that regularly checking emails was a kind of office worker’s plague associated that distorted our sense of being in control.

Amongst the 177 individuals in academic and creative jobs surveyed,  34% felt ‘stressed’ by the sheer number of emails and obligation to respond quickly. A further 28% were ‘driven’ because they saw them as a source of pressure. Just 38% felt ‘relaxed’ enough about emails to not reply until a day or even a week later.

Using monitoring software this study also found office workers typically switched applications to view their emails as many as 30-40 times an hour, for anything from a few seconds to a minute. While half the participants said they checked more than once an hour and 35% said they did so every 15 minutes.

Earlier this year UK researchers found that checking smartphones for e-mails and messages – outside of work – is linked with higher stress levels. In this study the most stressed people of all were those who were convinced the phone had vibrated or rung, alerting them to an incoming message, when it hadn’t (called “phantom alerts”).

Speaking at a British Psychological Society conference, author of the study Richard Balding said it was a serious problem for employee health and productivity:

“Smart phone use is increasing at a rapid rate and we are likely to see an associated increase in stress from social networking. Organisations will not flourish if their employees are stressed, irrespective of the source of stress, so it is in their interest to encourage their employees to switch their phones off; cut the number of work emails sent out of hours, reduce people’s temptation to check their devices.”

So what can you do?

Many aspects of work can be bad for your health including long hours sitting down and the long commute that some people have to get there in the first place. You don’t have to be a slave to email as well, and there are a few practical steps you can take to lessen email stress. Consider these tips:

1 If you get lot of junk mail – now is the time to unsubscribe.

2 Turn off the New Mail Alert pop-up or sound alert.

3 Reduce the frequency with which you check or update the inbox (set your computer to update every 20-30 minutes instead of 5 minutes, for example).

4 Use your preview function – to scan through email and decide what needs responding to and what doesn’t.

5 Get organised. Use folders to file and prioritise incoming mail and actions you need to take.

6 Don’t assume you have to respond to every email, respond immediately or even have the last word in an email thread.

7 Use filters and rules that come with your email software to mark things like subscriptions and newsletters as read as soon as they come in or to move them to specific folders to deal with later.

8 Talk to your co-workers. How often do end up sending an email to someone sitting a few yards away from you?

9 Turn your smart phone off at mealtimes, and weekends, at the gym, when shopping and on holidays… (you get the idea!).