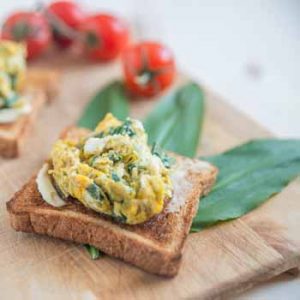 Natural Health News — New research shows that a breakfast high in protein – like eggs – keeps children fuller longer than cereal or oatmeal, causing them to consume fewer calories at lunch.

But say the researchers from the University of Pennsylvania School of Nursing, the effects of a protein-rich meal don’t last throughout the day. It only impacts a mid-day meal.

The study, published in the journal Eating Behaviors, recruited forty, 8- to 10-year-olds to consume one of three, 350-calorie breakfasts (eggs, oatmeal, or cereal), then played games with research staff and then ate lunch, once a week for three consecutive weeks.

» A healthy breakfast has been shown to improve academic performance in children.

» Now US researchers suggest that a high protein breakfast, for instance including eggs, can also help keep kids eat less over the course of a day – more so than a high carbohydrate meal.

» Children who ate a high protein breakfast ate less calories at lunchtime, a drop in calories representing around 4% of the average child’s daily intake.

On each occasion, every child had to eat their entire breakfast, but could eat as much or as little lunch as desired. Throughout the morning, they answered questions like, “How hungry are you?” and “How much food do you think you could eat right now?” Their parents also logged in a food journal what the children ate the remainder of the day.

Moderately active children in the same age range as those who participated in the study generally need between 1,600 and 1,800 calories daily. The 70-calorie drop at one meal equals about 4% of a child’s daily caloric needs. Eating beyond the caloric threshold, even by a little, can cause excess weight gain and obesity in children, if sustained.

“I’m not surprised that the egg breakfast was the most satiating breakfast,” said led by Tanja Kral, PhD, Associate Professor in the Department of Biobehavioral Health Sciences at the . “What does surprise me is the fact that, according to the children’s reports, eating the egg breakfast didn’t make them feel fuller than cereal or oatmeal, even though they ate less for lunch. We expected that the reduced lunch intake would be accompanied by lower levels of hunger and greater fullness after eating the high protein breakfast, but this wasn’t the case.”

Last year a large study of 5000 children carried out by Cardiff University found that children who ate breakfast did twice as well at school as those who did not. This new study suggests a good breakfast is healthy for body as well as mind.

“Approximately 17% of US children and adolescents are considered obese,” Kral says. “It’s really important that we identify certain types of food that can help children feel full and also moderate caloric intake, especially in children who are prone to excess weight gain.”