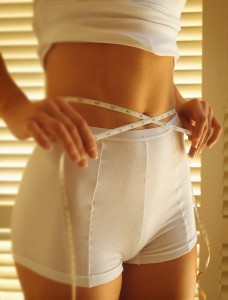 Acupuncture normalises levels of key hormones associated with weight gain, and can help aide the losing of weight

Natural Health News — According to a new study, acupuncture can be an aide to weight loss

Turkish researchers writing in the journal Acupuncture in Medicine have suggested that acupuncture works by normalising a number of our body’s key hormones.

This small study investigated the effect of 5 weeks of acupuncture on weight loss and measured circulating level of specific hormones involved in weigh management and satiety in 40 obese women – as defined by a body mass index (BMI) of greater than 30.

During each session the same five points (LI4, HT7, ST36, ST44 and SP6 bilaterally) were treated and researchers reported a very positive result for the women receiving real acupuncture. Blood tests showed a number of changes in levels of key hormones such as insulin, leptin, ghrelin, and cholecystokinin (CCK) – all associated with weight change, satiety, and appetite control for the real acupuncture group.

In addition, there were increases in plasma levels of ghrelin and CCK in those who received acupuncture treatment. Ghrelin is a hunger-stimulating peptide; CCK plays a key role in facilitating digestion within the small intestine.

Obesity, say the researchers, is a multifaceted problem that requires attention to energy balance through diet, exercise, behavioural therapy and even, they suggest, drugs and surgery. They add: “These findings suggest that acupuncture may help to regulate weight owing to its beneficial effects on hormones … in obese subjects even after a few weeks of treatment”.

In TCM, excess weight is due to an imbalance within the body cause by a malfunctioning spleen and liver. In five-element theory, the spleen is responsible for the proper functioning of the digestive system, whilst disharmony of the spleen can create symptoms such as fatigue, slow metabolism and water retention.

Our modern lifestyle and associated chronic stress can negatively impact the livers ability to function properly, which can cause the spleen and, in turn, the digestive system to function poorly and decrease metabolism.

Being a form of Traditional Chinese Medicine (TCM), acupuncture and TCM as a whole address both the physiological and psychological aspects of weight loss. Using TCM to aide your weight loss can help promote better digestion, calm emotions, reduce appetite and also speed up metabolism.

There have been a number of previous studies that have produced results in support of using acupuncture and Chinese medicine as a means to aide weight loss:

Acupuncture normalises levels of key hormones associated with weight gain, and can help aide the losing of weight