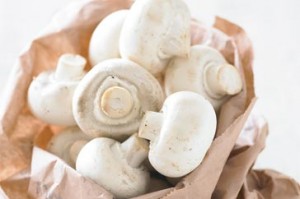 Mushrooms are versatile and make an ideal meat substitute

Natural Health News — If you are trying to lose weight, substituting mushrooms for meat may be a helpful strategy, say US researchers.

That’s the conclusion of a small one-year, randomised clinical trial conducted by researchers at the Weight Management Center at Johns Hopkins Bloomberg School of Public Health.

The study followed 73 obese adults (88% women; mean age 48.4 years) who were placed in either an intervention group eating approximately one cup of white button mushrooms per day in place of meat, or a control group eating a standard diet.

At the end of one year, researchers found that participants who substituted mushrooms for meat lost seven pounds (half a stone), showed improvements in body composition compared to participants on the standard diet, and maintained the weight loss.

The findings have so far only been published as an abstract in the FASEB Journal as well as presented at Body Composition Poster Session at the annual meeting of the American Society for Nutrition at Experimental Biology (EB13) in Boston this week.

Mushrooms are very low in calories, sodium and fat and are the only vegetable source of vitamin D (levels of which appear to rise if they are exposed to the sun for up to 60 minutes) as well as potassium, selenium and other nutrients. They have a meaty texture and readily absorb the seasonings and flavours in savoury dishes.

The new study was funded by the US Mushroom Council, however its findings build on previous research, which showed that increasing intake of low-energy-density foods, specifically mushrooms, in place of high-energy-density foods, like lean ground beef, can be an effective method for reducing daily energy and fat intake while still feeling full and satiated after the meal.

Mushrooms are versatile and make an ideal meat substitute