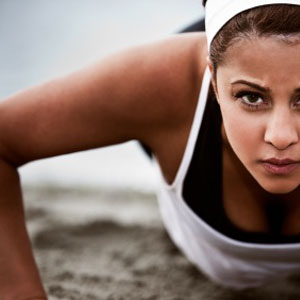 You know that lack of exercise is bad for you. But did you know just how bad?

There’s been a great deal of fuss about a new study published in The Lancet, which shows that  the health impact of a sedentary lifestyle is comparable to that of smoking.

The study was part of a series of articles in the prestigious UK-based medical journal intended to coincide with the Olympics in London.

In it researchers estimate that as many as 5.3 million deaths around the world were caused by physical inactivity in 2008  Cigarette smoking is estimated to cause about 5 million deaths worldwide each year.

A separate study in this series estimated that around the world, as many as 1 in 3 adults and 4 out of 5 teens between the ages of 13 and 15 are not getting recommended amounts of physical activity. For an adult, that’s 150 minutes of moderate activity, like brisk walking, a week. For teens, it’s an hour of moderate activity each day.

Those numbers are even higher in the US where roughly 41% of adults don’t get enough physical activity. In Canada the figure is 34%.

The most active countries are Greece, where only 16% are inactive, Estonia (17%) and the Netherlands (18%).

This study found that women of all ages were less likely than men to be physically active, and older people in particular tend to be more sedentary.

Sitting is the killer

The Lancet articles prompted a frenzy of finger pointing, hand-wringing and self pity about our general levels of unfitness and obesity, not just in the UK but worldwide.One article in the series went to fasr as to suggest inactivity was a ‘pandemic’.

As previously reported on this site, good evidence shows that sitting for long periods of time – at home or at work – is a killer; it may even promote the formation of new fat cells.

But before we start beating ourselves up about our inactivity it’s also worth exploring just what exercise can and can’t do, especially when it comes to weight loss.

Exercise has multiple benefits in terms of keeping bones and muscles healthy and toned. Regular exercise also has a profound influence on feelings of well-being.

Our bodies are designed to be used. When we don’t use them to their optimal extent, muscles deteriorate, metabolism becomes sluggish and breathing becomes shallow.

For all these reasons, it is desirable to develop good, sensible and regular habits of exercise – whether they are aerobic routines, an active lifestyle or weight training – that you can easily incorporate into your life for the rest of your life.

Over the years many studies have documented the positive benefits of regular exercise. For instance, physically active individuals have:

But little impact on weight

Even so, the influence of exercise on overall weight loss is far from clear cut.  Several large studies recently have shown, for instance, that increasing your level of physical activity is unlikely, on its own, to promote substantial loss of weight.

For instance, in a Glasgow University study, published in the British Medical Journal, in 2006 increasing activity amongst more than 500 four-year-olds by adding three extra half-hour sessions of physical play and activity every week made no difference to the children’s weight. Similar results have been found in adults.

Such results have perplexed researchers but may, in part, have something to do with the rather simplistic maths we apply to exercise when it comes to calories/in and calories out equation.

In September 2006, Ralph La Forge, managing director of the Duke Lipid and Disease Management Preceptorship Program at Duke University Medical Center, in North Carolina, compiled a detailed analysis of the various factors that influence the effect of exercise on weight loss.

So for example, a person weighing 11 stone (154 pounds) would burn 70 calories per hour just sitting still. This would need to be subtracted from the total calories burned for any other exercise known to burn more calories per hour.

Furthermore, if you walk or run on a treadmill, the aid of the machine diminishes the number of calories your body uses by about 10 to 15% of what the machine says you are burning. So you have to run longer and faster to get the same results.

This doesn’t mean that exercise is not important. When you diet without exercising, you lose both muscle and fat. This is counterproductive because muscle tissue is very metabolically active. Muscle mass uses up more calories than fat: up to 30 to 50 calories a day, compared with only 2 calories a day for fat. With muscle wastage your basic metabolic rate, that is the number of calories your body uses at rest, becomes slower.

It doesn’t have to be hard

Exercise does not have to be onerous. The goal may be 30 minutes a day but as little as 15 minutes a day has been shown to reduce the risk of cancer and adds an average of three years to a person’s life.

It doesn’t’ require specialist equipment or expensive clothes either. Walking around a shopping centre is just as healthy as walking around the block.  Indeed walking is really an ideal and natural form of exercise that anyone can routinely participate in.

Walking also provides direct contact with the elements and nature, which can be calming and refreshing to the senses and has a knock on effect of improving mental health too. Walking is a load-bearing exercise that tones muscles, improves fitness, circulation, appetite, and breathing.

Other evidence suggests that washing and waxing the car and other household activities, when undertaken regularly, can extend your life. But really any activity you enjoy is a good place to start.

The hazards of overdoing it

It is, however, possible to take exercise too seriously. Over-training can lead to physical injuries, but it can also encourage oxidative stress. The more energetic and long-lasting your exercise, the more oxygen you take into your body. During intense exercise, we can take in up to 20 times the normal volume of oxygen.

This is generally considered a good thing, but more oxygen also means increased demands on the body as it struggles to metabolise all this extra oxygen. The result is a well-known, but little publicised, adverse effect of intensive training – oxidative stress and the production of muscle- and organ-damaging free radicals.

Over-training can also lead to imbalances in the stress hormone cortisol. Within the normal range cortisol can have protective effects on the body. But too much or too little can have important effects on health.  When levels are high, strength can start to decrease; when levels are low there is a marked inability to deal with other stressors.  Cortisol metabolism is also a source of free radicals which are implicated in premature ageing and degenerative diseases.

Start by turning the TV off

Finally if you want to start getting fit, one of the most constructive things you can do is switch the TV off.

Too much TV has linked to obesity, in adult women and men and especially in children. Evidence suggests that a child’s weight increases with the number of hours he or she spends watching television each day.

Experts label television viewing as the number one leisure-time activity of most school-age children. The problem stems from the fact that watching television is a sedentary activity – but it’s much more than that. Children are watching TV, many times eating high-calorie/high-fat snack foods, and watching commercials for fast food, all of which may encourage more eating.

It is worth remembering too that TV does more than promote lack of exercise and snacking. By presenting viewers with an unreal, world of perfection and hard to achieve aspirations (about how we should look and how we should interact with each other) TV can sap a person’s motivation to participate in the real world.

Getting beyond the Olympics

The series of Lancet articles take aim at the British government’s promise to provide the support to get 2 million Britons moving in time for the Olympic games – a promise that was quietly dropped as the cost of the Games spiraled and the Government became embroiled in, amongst other things, the News Corp scandal.

However, all things considered, the Olympics might not be the best role models for average people hoping to get fit.

Indeed Bill Kohl, director of the physical activity epidemiology program at the University of Texas School of Public Health and lead author of the first Lancet study makes this point:

“The Olympics do inspire people, but there is no evidence there are increased physical activity levels afterwards,” he  said. “Most people realize they will never be [track star] Usain Bolt.”

In fact, no host country of the Olympics has ever been able to convert enthusiasm for the games into a sporty population.

The image of a ripped, Lycra clad Olympian riding a £10,000 ($15,600) bike can demotivate more than it inspires. What is more, most of us are aware that elite athletes have an army of trainers, dieticians, assistants and training partners whose sole job it to help support and motivate them and keep them fit. The disconnect between that kind of lifestyle and that of the average person juggling home, work bills and family is huge.

In truth, the games come and go in a two week blaze of glory and life returns to normal. Clearly it is going to take more than televised pictures of super-fit elite athletes to motivate most of us to get moving.

As with most things it begins with a first step – followed by a few more steps and a few more steps after that. As often as possible move your body in any way you can and get out into the real world. With all its problems and faults, it is still much more interesting and entertaining and healthy to be a participant than it is to be a spectator.