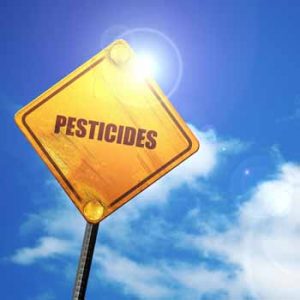 A study of farmworkers has showns that exposure to pesticides can cause long term changes in oral bacteria populations. [Photo: Bigstock]

Natural Health News — Pesticide exposure may change the makeup of bacteria in the mouths of farm workers, according to new research.

While we may not think of it as such, the mouth is a unique environment where different species of bacteria live and compete. The health and balance withing this oral ecosystem, or microbiome, can be strongly influenced by other factors.

When you brush your teeth or change your diet, or are exposed to toxins in the environment (for instance by breathing in fumes), you can change this oral microbiome. What this unique study found was that exposure to toxic pesticides can have a significant impact on the oral ecosystem.

Researchers at the University of Washington analysed swabs taken from the mouths of 65 adult farm workers and 52 adults who didn’t work on farms. All lived in Washington’s Yakima Valley.

The farm workers all had higher blood levels of pesticides, and greater changes in their mouth bacteria than non-farm workers.

» A small study of farmworkers in Washington State, has shown that exposure to organophosphate pesticides can alter the natural balance of oral bacteria, lowering levels of normal and helpful bacteria.

» The effect persisted even after the growing season when pesticide use is at its highest.

» The effect, say researchers, is worrying because of the known links between pathogenic oral bacteria and health problems such as heart disease.

The most important finding was that among those farm workers in whom the organophosphate pesticide, Azinphos-methyl was detected in the blood, there were “significantly reduced abundances of seven common taxa of oral bacteria, including Streptococcus, one of the most common normal microbiota in the mouth,” said first author, Ian B. Stanaway.

Azinphos-methyl is an organophosphate insecticide. It works by inhibiting the action of neurotransmitters that activate certain muscles, but these neurotransmitters perform a wide range of functions in the body. It has been linked to reproductive problems and cancer. This pesticide is normally used on tree crops, such as apples – the type of crop workers in this study were working with.

While many are not aware of this, not all streptococci are harmful and in fact many promote health. Changes in populations, species, and strains of Streptococcus, as well as from the genus, Halomonas, persisted into the winter, long after the growing season, when pesticide use is highest, was over, the researchers report.

The investigators suggest that this indicates a “long-lasting effects on the commensal microbiota have occurred,”

“The challenge becomes, what does this mean,” said principal investigator Elaine M. Faustman. “We don’t know,” she said, adding that “we depend on the micriobiome for many metabolic processes.”

Although the study identified these changes in the oral ecosystem, the researchers didn’t look at how they might link into health. Typically, however, modifying the number and types of bacterial strains in the mouth can lead to oral health problems.

For instance, Stanaway notes that “in other studies, changes in species and strains of Streptococcus have been associated with changes in oral health,”

Indeed, there is evidence that chronic periodontal infections are associated with an increased risk of cardiovascular disease and that the link may, in part, have to do with the way pathogenic oral bacteria affect the wider immune system function in the body.

The study’s findings were detailed in a paper published in the journal Applied and Environmental Microbiology.

Interesting future avenues to explore would be to look at the oral health of those who live in polluted areas or near farms, or whose diets contain foods high in pesticide residues.

A study of farmworkers has showns that exposure to pesticides can cause long term changes in oral bacteria populations. [Photo: Bigstock]