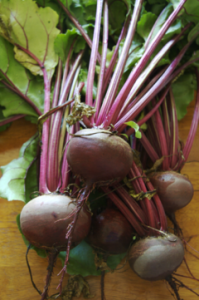 Beetroot juice can help you to exercise up to 16% longer [Image: Brianna Walther - Via Wikimedia commons]

Beetroot juice – the key to an active life?

Beetroot juice has become one of the biggest stories in sports science since researchers discovered it enables people to exercise for up to 16% longer.

But research into the health benefits of beetroot juice suggests it’s not just athletes who can benefit from its performance enhancing properties – its physiological effects could help the elderly or people with heart or lung-conditions enjoy more active lives.

In the latest study, published in the Journal of Applied Physiology, the researchers looked at low intensity exercise and found that people who consumed beetroot juice used less oxygen while walking – effectively reducing the effort it took to walk by 12%.

Beetroot juice contains high levels of nitrate. The latest study has proved that this is the key ingredient which causes the increase in performance, rather than any other component of the beetroot juice.

Katie Lansley, from the Exeter University’ Sport and Health Sciences Department and lead author of the study, said: “As you get older, or if you have conditions which affect your cardiovascular system, the amount of oxygen you can take in to use during exercise drops considerably. This means that, for some people, even simple tasks like walking may not be manageable.

“What we’ve seen in this study is that beetroot juice can actually reduce the amount of oxygen you need to perform even low-intensity exercise. In principle, this effect could help people do things they wouldn’t otherwise be able to do.”

“While we haven’t yet measured the effects on the elderly or those with heart or lung conditions, there is the potential for a positive impact in these populations which we intend to go on and investigate further,” said Lansley.

Beetroot juice can help you to exercise up to 16% longer [Image: Brianna Walther - Via Wikimedia commons]