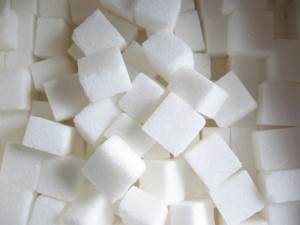 Too much sugar means too many wrinkles

A new study published in the journal Age has shown that  consuming large amounts of sugar over the years can prematurely age the skin.

Dutch researchers divided 569 healthy volunteers into three groups according to whether they had low, medium or high concentrations of blood glucose after a meal. Also included in the study were 33 people with diabetes who had even higher blood glucose levels.

A group of 60 independent assessors viewed photos of the volunteers and rated how old each looked. Even when other factors affecting appearance such as actual age, smoking and a history of sunbathing were taken into account, the results show that high blood sugar levels made people look older.

The largest gap between actual age and perceived age was 1 year and 7 months (from an average of 59.6 years old to 61.2 years), between those with the lowest glucose levels and the diabetics.  But even between the lowest and highest glucose groups, assessors judged participants to be a year older than they actually were.

Overall, say the researchers, for every 0.18 gram increase in glucose per litre of blood there was a five-month jump in perceived age

“What’s happening in the body is written in the face” said lead researcher David Gunn of Unilever Research in  the UK.

This is not the first time that sugar has been found to play a role in premature ageing. Indeed diabetics often show early signs of ageing due to years of undetected high blood sugar.

The AGE’s that age us

The cause is a natural process that’s known as glycation, in which the sugar in your bloodstream attaches to proteins to form harmful new molecules called advanced glycation end products (ironically, AGEs for short). The more sugar you eat, the more AGEs your body produces.

AGE’s don’t  just affect skin, they also affect other organs and tissues in the body and are involved in the development of diabetes.

As AGEs accumulate, they damage adjacent proteins in a domino-like fashion. Most vulnerable to damage: collagen and elastin, the protein fibres that keep skin firm and elastic. In fact, collagen is the most prevalent protein in the body. Once damaged, springy and resilient collagen and elastin become dry and brittle, leading to wrinkles and sagging.

According to a 2001 study published in the British Journal of Dermatology these ageing effects start at about age 35 and increase rapidly after that.

Besides damaging collagen, a high-sugar diet also affects what type of collagen you have – another factor in how resistant skin is to wrinkling. The most abundant collagens in the skin are types I, II, and III, with type III being the most stable and longest lasting.

Glycation transforms type III collagen into type I, which is more fragile, and more associated with premature wrinkles.

Apart from cutting back on the sweet stuff, there are several things you can do to support your skin: